WWE Extreme Rules 2017: What's Next for Roman Reigns and Fatal 5-Way Losers? Sunday's 2017 Extreme Rules pay-per-view was main-evented by one of the wildest Fatal 5-Way matches in WWE history. While Samoa Joe cemented his spot against Brock Lesnar for the Universal Championship at the Great Balls of Fire PPV in July, Roman Reigns,

It may still be a little raw for some, but the inescapable reality is that we bid a heart-breaking farewell to The Undertaker after he was introduced to Roman Reigns' yard at WrestleMania 33. That, unfortunately, means we are going to have to face up to the news - sooner or 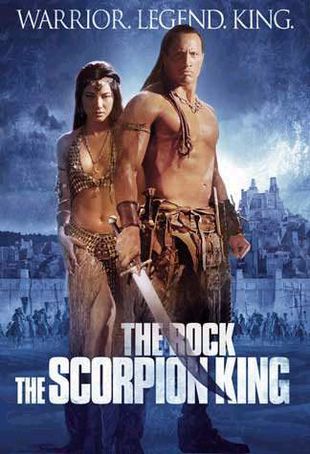 The Scorpion King is a 2002-action-adventure film produced by Universal Pictures, and is a prequel spin-off to the studios’ remake Mummy trilogy. The movie starred Dwayne “The Rock” Johnson in his first-ever lead starring role as the warrior himself, Mathayus, and with a supporting cast by Michael Clarke Duncan, Kelly Hu, Steven Brand,

In an unexpected twist to the Roman Reigns and Shane McMahon storyline, The Undertakerappeared to save "The Big Dog" from a two-on-one attack on Monday Night RAW. While Reigns tried to fend off both Shane and Drew McIntyre in a handicap match, the two would overwhelm the former Universal Champion and

Ronda Rousey’s list of accomplishments speak for themselves. As an Olympic bronze medal winner in judo, the first UFC women’s bantamweight champion and the first woman inducted into the UFC Hall of Fame, it’s safe to say that when Rousey puts her mind to something she makes it happen. When

AFTER THE BEST RAW OF THE YEAR THUS FAR, WWE’S BLUE BRAND HAD A LOT TO LIVE UP TO. BUT WITH DOLPH ZIGGER VS XAVIER WOODS, A MOMENT WITH BLISS WITH BAYLEY AND MORE- THEY MAY VERY WELL DO IT. The New Day kick off the show. Xavier hypes the