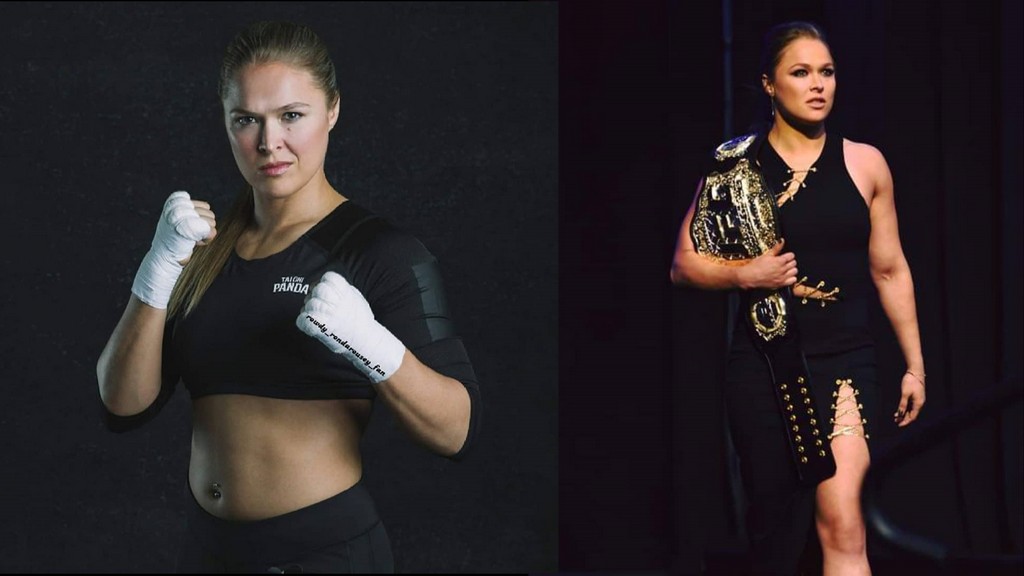 A season of coaching teams on TUF 18, caused the rivalry between Ronda Rousey and Miesha Tate to amplify. At UFC 168, the two women will battle not only for the bantamweight title, but for the ultimate bragging rights in a historic feud.

Experience the incredible sights and sounds of this women’s bantamweight title bout from the perspective of the people who lived it. Watch Ronda Rousey vs Miesha Tate again.

Miesha Tate: On the Brink

She made her mixed martial arts debut as an amateur in 2010. Since then she has never lost a fight, winning the majority in the first round by armbar submission. Ronda took it upon herself to chase after and demand attention so that the UFC could no longer ignore women fighters. UFC President Dana White had publicly stated that women would never be allowed to fight in the UFC, but on February 23, 2013, Ronda did just that. She won the fight against Liz Carmouche in the first round with her signature armbar and became the first UFC Women’s Bantamweight Champion.

Strikeforce quickly set up a photo shoot for Tate and Rousey to showcase the fact that not only are they tough enough to beat you up, they’re beautiful enough to knock your socks off. Obviously.

Judge Myers: Both of these badasses clean up nice, eh? The wind-blown, model-esque look and feel of these pics is very well done. Kind of gives you the feeling that they are lonely, innocent and scanning the horizon for their knights in shining armor. Or, more likely, I’m just demented. I like Tate’s rope prop, perhaps a bit too much, and I’d give the round to her hands down if it were a fair fight, but it isn’t because Tate isn’t clinging to anything phallic. That’s grounds for disqualification, or in this case, a dreaded draw.

Scoring after round one: Tate 0, Rousey 0 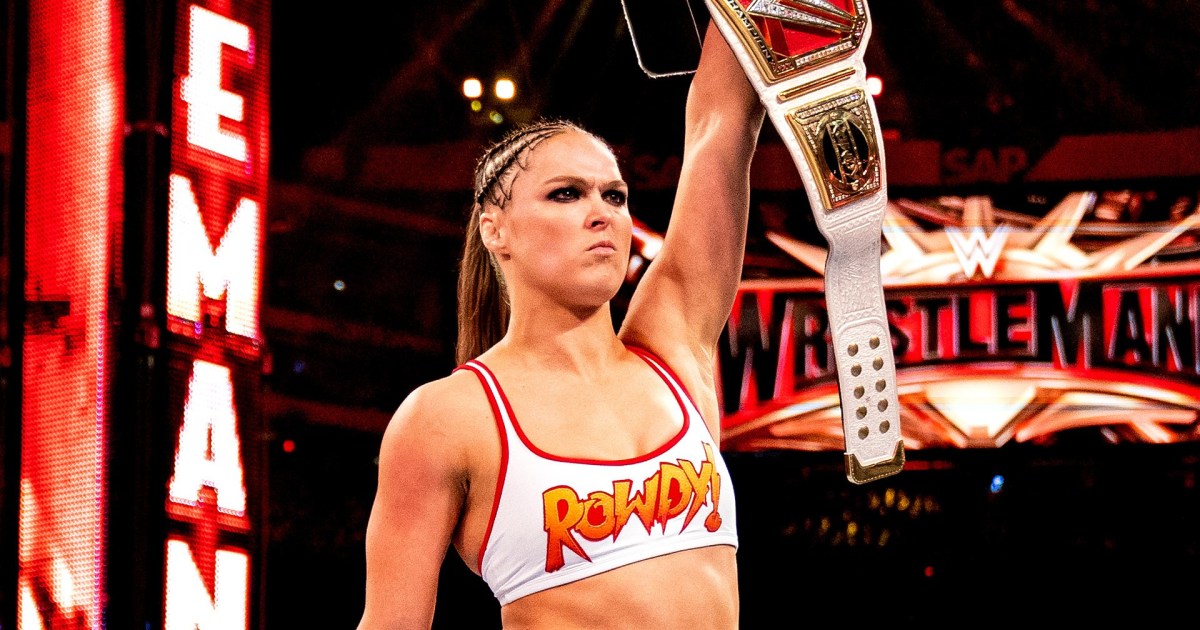 Tate’s abs are world-renowned, as she frequently gets requests on her Twitter account to post pictures like you see above. Rousey, though, is no slouch, even if she’s admitted to having previous weight troubles in her youth. Now that she’s down to 135-pounds, they’re even more defined.

Judge Myers: Rousey looked amazing at the weigh in recently — she has never looked trimmer, in fact. However, Tate and her chiseled abdomen always bring the heat, and this weekend is no different. While I’d much rather rest my head on Rousey’s tummy if we were snuggle buddies, we’re not, so I’ve got to go with the shredded six of “Takedown.”

Scoring after round two: Tate 1, Rousey 0 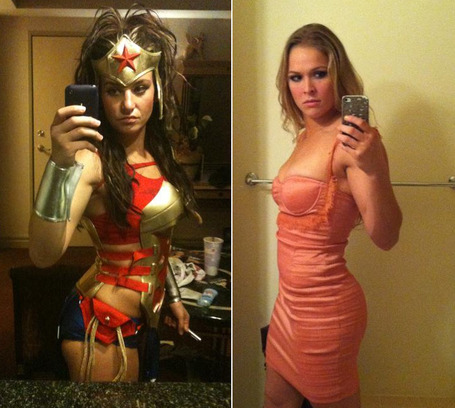 Obviously, Tate gets some credit for going all Wonder Woman on us, but look how Rousey fills out that dress. Sure, you may find it a little dirty of us to use this as an entire round of scoring, but there’s a reason they’re both posing this way while taking a pic of themselves.

Judge Myers: Both these girls, and all others, need to stop taking pics in front of the bathroom mirror. Immediately. It’s retarded. Tate looks completely foolish (I know, it’s Halloween), and her best rear-facing asset is all but lost in this goofy get up. Don’t get me wrong, the wagon that Tate’s draggin’ is off the charts, but Rousey’s surprising curves are giving her a run for her money here. She looks simple and sinister. It’s an odd mix. But, I like it, a lot, even though she may not. Upset special.

Scoring after round three: Tate 1, Rousey 1 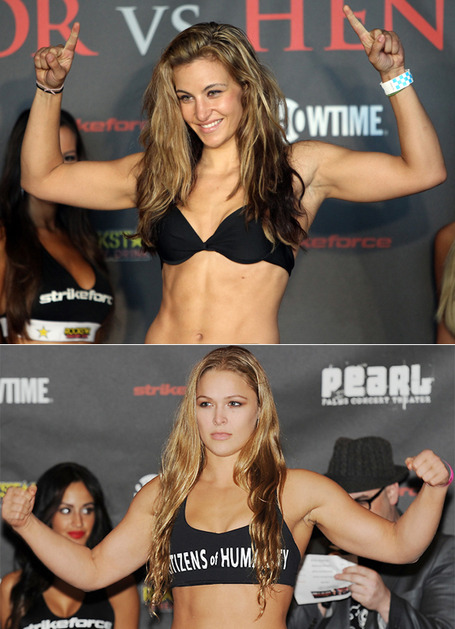 Here they are weighing in, straight up. Look at the hair … the hair! Tate’s smile shines through while Rousey’s cool demeanor certainly gives her a more mysterious appeal.

Judge Myers: Gah, this is tough. Tate’s super long finger is disturbing and her hands look filthy. I’m going to give her the benefit of the doubt, however, and chalk it up to … poor lighting? Rousey’s alligator arms are also a little off-putting, so I’m going to go strictly on what I should be considering in the first place, which is reproduction. That’s what we’re all on this planet for in the first place, right? I’ve got two kids and I certainly don’t want any more, but if both these fine ladies approached me and requested my DNA, Rousey would have to get to the back of the line … for just a few seconds.

Scoring after round four: Tate 2, Rousey 1 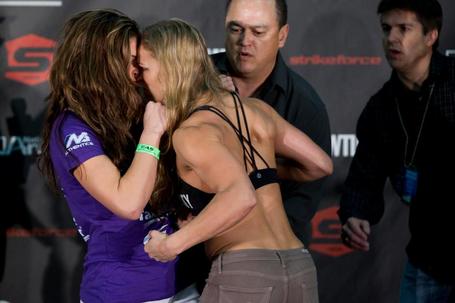 Judge Myers: Grr … These pretty ladies threw all their beauty aside for one ugly moment immediately after making weight at the Nationwide Arena. Who can blame them, really, normal females are a handful, much less trained killers who haven’t eaten much in days. Rousey has been talking all sorts of smack in the build up to this fight, which is perhaps the reason Tate got right up in her grill as quickly as she did. It looks like Rousey ended up getting the better of the head-jarring exchange, but Tate gets all the credit for standing up for herself and letting “Rowdy” know she ain’t havin’ that. She also steals a very close round in a very close superficial fight.