You are here
Home > Diva's > Becky Lynch Hottest pictures and video BIO Real Life XXX
Becky Lynch and seth rollins News pictures and video  has posted photos from her and Seth Rollins’ maternity photoshoot ahead of the birth of their first child.It’s pretty incredible to look back on the past few years’ of Becky Lynch’s life and take account of exactly what she has managed to achieve. What she has gone on to do after falling short of turning SmackDown’s women’s division into a driving force after the 2016 draft. However, once she drastically altered her character and let more of the real Lynch creep into her wrestling persona, magic started to happen.

From there she went on to have an iconic feud with Ronda Rousey, headline WrestleMania, and win both the Raw and SmackDown Women’s Titles at the same time. At this year’s WrestleMania, Lynch defended the Raw Women’s Title against Shayna Baszler. One month later, she was forced to relinquish that championship, but for a very good reason.

As Lynch handed the title to Asuka, The Man revealed to the world that she was pregnant. Lynch then disappeared from WWE TV and fans have heard very little from her since. Fair enough as her privacy needs to be respected now more than ever. However, as the due date nears, Lynch has posted some photos of her and father-to-be Seth Rollins taken during their maternity photoshoot.

A few of the pics posted by Lynch include both her and Rollins and the rest show The Lass Kicker posing alone, complete with baby bump, of course. As for when Lynch and Rollins’ little one is due to arrive, we don’t know an exact date, but he or she should arrive at some point in December. It has been rumored that Rollins will be taking time off very soon, and his loss to Rey Mysterio last week might be the last time we see him for a month or two.

As for when fans can expect to see Lynch in the ring again, that depends on a variety of factors. How long her body takes to recover, how much time she wants to spend with the baby, and how much she misses competing in the ring will all play a part. There have been reports that Vince McMahon would like her to return in time for WrestleMania 37. That might be a little much to ask, but you never know. 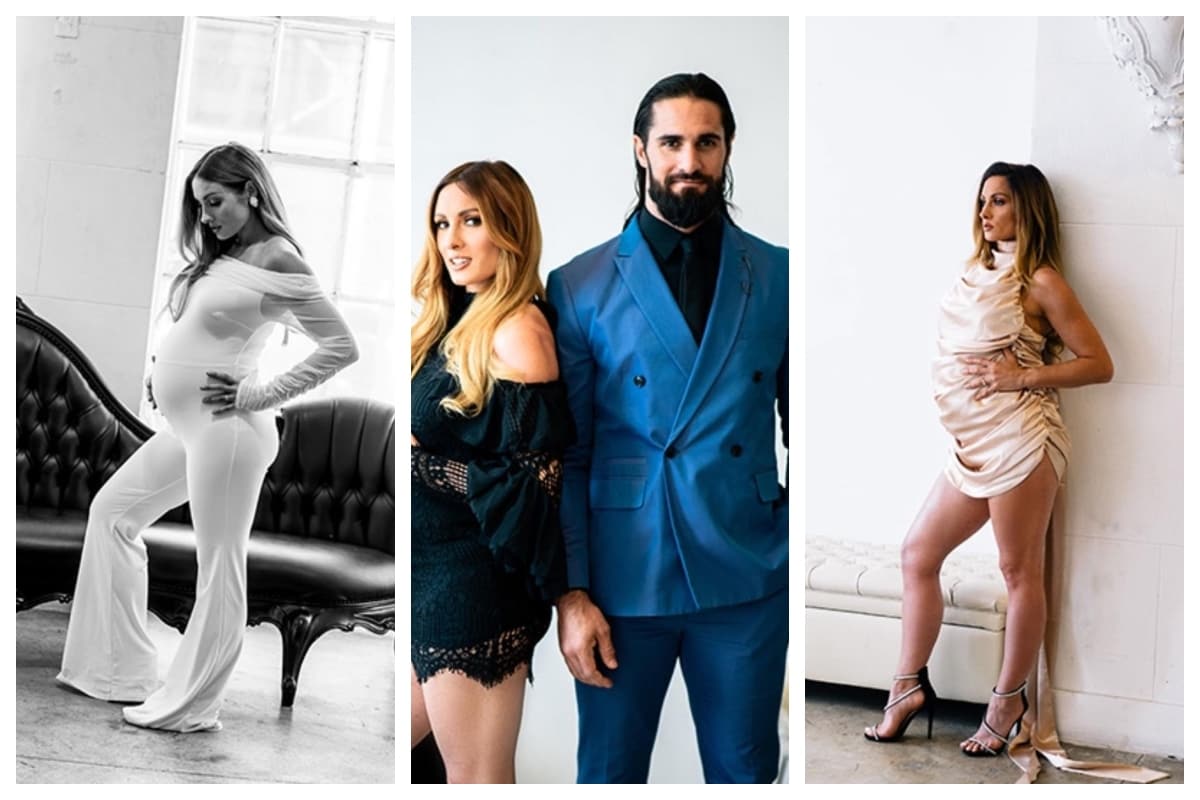