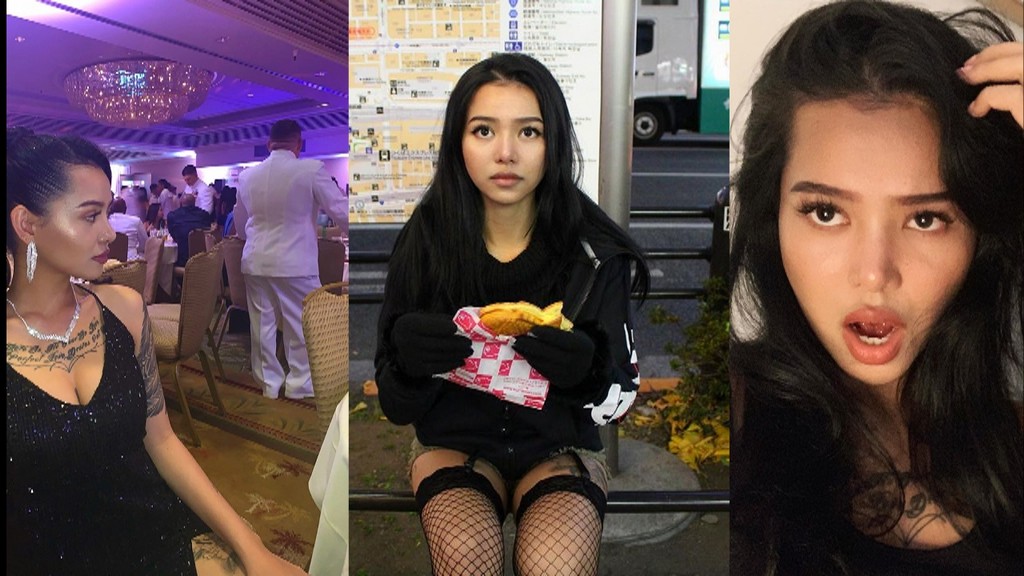 Bella Poarch is a TikTok Star since her first video got published on April 11, 2020. She went viral on TikTok lip-syncing to the song “M to the B” by Millie B that has over 400 million views.

Bella Poarch Facts:
— She was born in the Philippines.
— She lives in Hawaii. (Twitter)
— She can speak Tagalog.
— Her family moved to the US when she was 13 years old.
— She loves video games, music, art, traveling, and anime.
— She’s diagnosed with major depressive disorder and PTSD since 2017. (Twitter)
— Sometimes she wishes she lived in the anime world.
— Video games she plays are Fortnite, Warface, Minecraft.
— The pronunciation of her name is “BE-lah PORCH”. (Facebook)
— Her nickname is TicTac. (Facebook)
— She has tattoos all over her body. On chest, back, arms, and legs.
— Her favorite quote is “Those who love last forever“. (Facebook)
— In March 2020 she got a tattoo of the red sun with 16 rays that are seen as offensive by many Koreans who regard it as a symbol of Japanese militarism and colonial rule. At that time, she didn’t know the history. But when she found out, she immediately had it covered and scheduled for removal. (Twitter)
— She served for 3 years in the United States Navy based on a report from Manila Bulletin. She’s a proud US Navy veteran.
— Some people say she looks like a woozy face emoji and she cannot unsee it. (Twitter)
— Her business email is bellapoarch@bas.media
— She has an alpaca plush named Paca that you can see on her social medias.
— Her TikTok video to “Ice Cream” by BLACKPINK ft. Selena Gomez was featured in Selena’s IG Story on September 28, 2020.
— She uploaded her first vocal cover to “Friend” by Gracie Abrams on Instagram on September 29, 2020. (x) 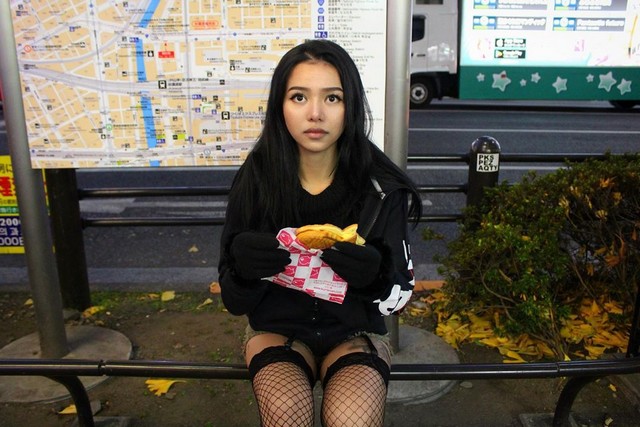 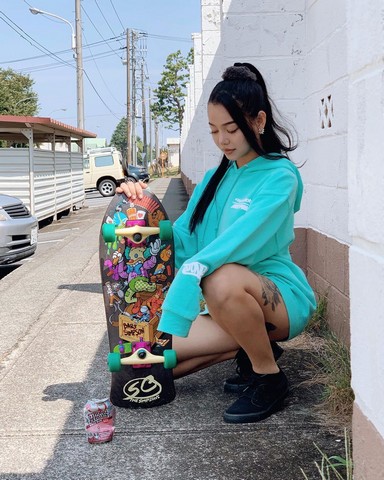 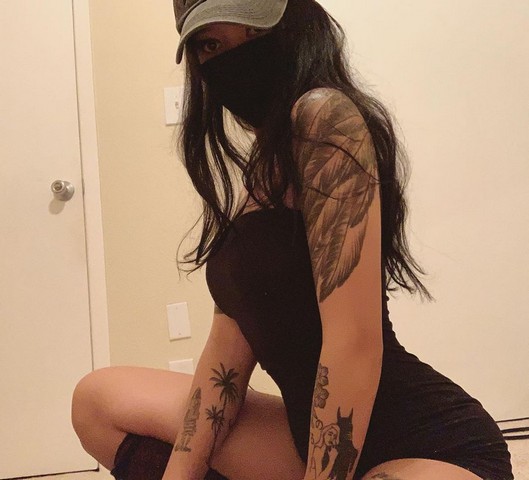 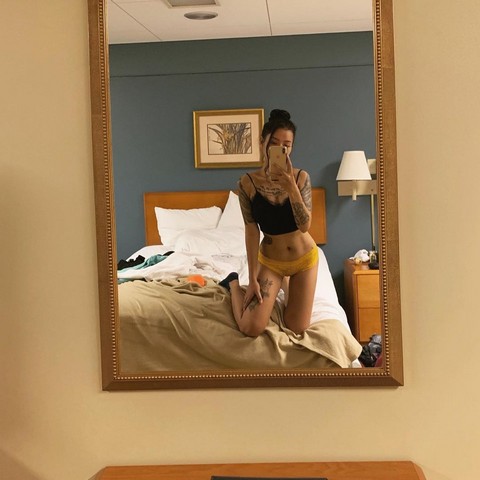 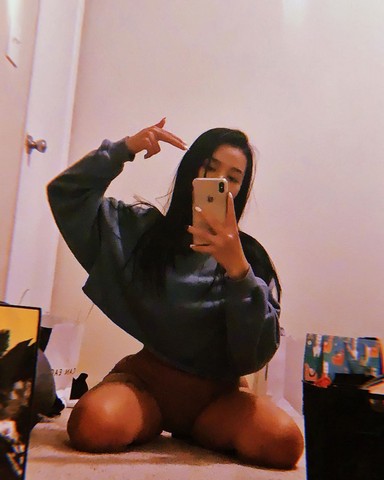 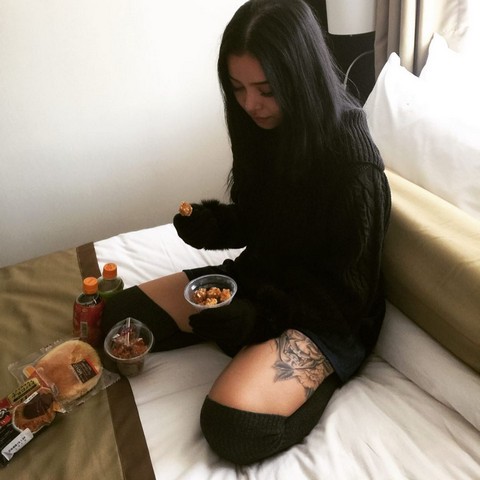 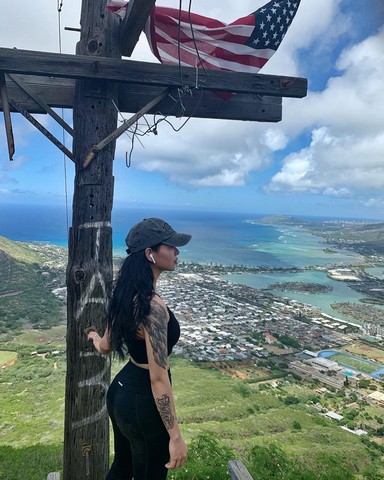 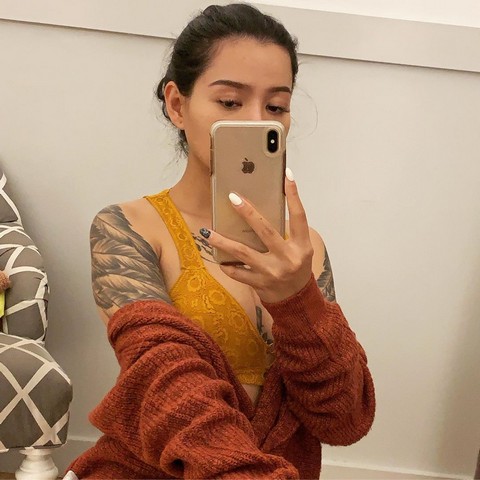 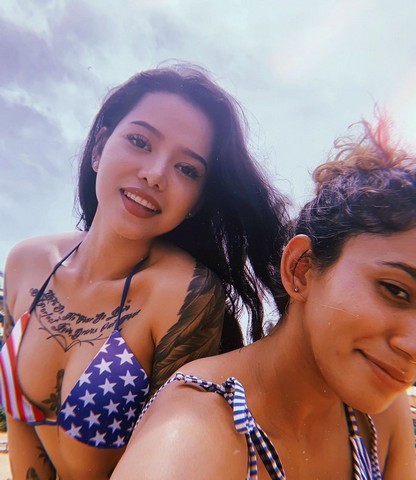 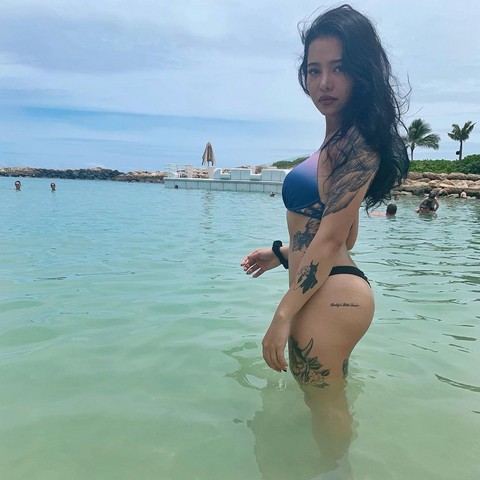