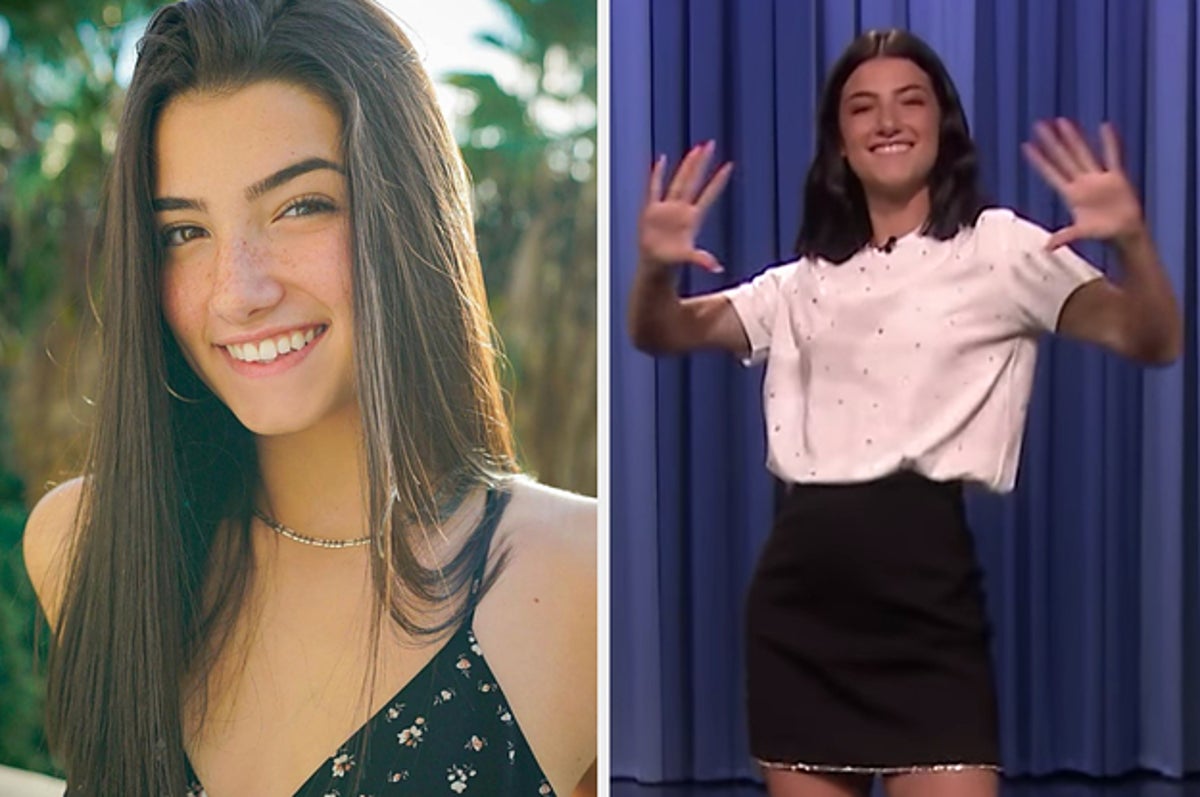 Charli and Dixie D’Amelio are facing some backlash for their recent video. The TikTok stars launched “Dinner With the D’Amelios,” a new YouTube segment, starring themselves, their parents, and a surprise guest, earlier this week.

James Charles was the inaugural guest and joined the D’Amelio clan for a meal prepared by Chef Aaron May. The sisters were quick to make their dislike of the meal known, with Charli making faces as Aaron described the meal and Dixie running outside to vomit after tasting a snail.

Throughout the dinner, Charli also requested “dino nuggets” and lamented the fact that she’s yet to reach 100 million followers on TikTok, a milestone she’d hoped to accomplish within a year of hitting the 1 million mark.

Commenters bashed the D’Amelio sisters for their behavior in the video, and Charli ended up losing nearly 1 million followers, going down from 99.4 on Wednesday to 98.5 at the time of publication.

In an Instagram Live on Thursday, Charli addressed the situation and claimed that the moment with Dixie was planned.

“You didn’t see the behind-the-camera thing. Chef Aaron and my content manager, Tommy, were like, ‘Dixie, eat the snails, eat the snails. It’ll be funny! Just eat them.’ ‘Cause they know if she eats a snail, she’s not going to react to it well,” she said. “It was, like, one big joke throughout the family. In the editing, we didn’t want to make it seem like, oh, all of our videos are planned. That was the first ‘Dinner With the D’Amelios’ and we were trying to have fun.”

Charli also cried during her Instagram Live and expressed doubt over if she’d continue posting on TikTok because of the messages she’d received.

“Seeing how people reacted to this, I don’t even know if I want to do this anymore. This is messed up stuff that people are saying. People telling me to hang myself, people blatantly disrespecting the fact that I’m a human being, is not OK at all,” she said. “… You can hate on me for whatever I’ve done, but the fact that all of this is happening because of a misunderstanding, I just feel like that’s not OK. If this is the community that I’m in and the community that I put myself in, I don’t know if I want to do that anymore.”

“My family and I have been working with Chef Aaron May for a couple of months now, working on content for our channel and working on content for his channel, and [we’ve] made an amazing friendship,” she said. “… I would never in any way want to be taken as disrespectful, especially from an out-of-context, 15-second clip.”

Dixie went on to reiterate Charli’s assertion that her reaction to the snail was planned.

“So basically my team knows I throw up a lot. I throw up at the smell, the thought or the taste of anything. So, when they saw the snails, they were like, ‘Oh, let’s get her and try to see if we can get a reaction out of her,'” she said. “So basically that clip that wasn’t in the original video is my team and Aaron May trying to convince me to try snail, knowing that I would have a reaction.”

“I love Chef, and I would never disrespect him in any way,” she added. “And maybe don’t judge someone’s personality over a 15-second video.”

The girls’ dad, Marc, also posted a TikTok video after the fact, in which he said that Dixie vomiting isn’t anything new.

“Dixie, sometimes when you eat food you don’t like, you puke,” Marc said while sitting next to his daughter. “We know that because we are her parents and we’ve seen this happen time and time again… She’s a little dramatic though.”

James weighed in on the backlash as well, writing on Twitter that “this charli situation is NOT sitting right with me.”

“100M followers in one year & y’all expect her to know how to be a perfect role model? death threats because she’s a picky eater & made a joke about a milestone?” he wrote. “30+ year olds dragging someone half their age? feels familiar.”