It’s a little over two weeks since Holly Holm lost her bantamweight title to Miesha Tate at UFC 196, and the aftermath has been interesting. Holm has accepted the loss like a true champion, and is already back in the gym, hoping that she might get a rematch with Tate in the near future.

Yet it’s unclear as to what the UFC will do with Tate, who has also gone on record saying she’d like to defend her title sooner rather than later. Whether the UFC books a rematch between the two is still the question, but UFC president Dana White made it clear after the first fight that Holm made a costly mistake in not waiting to rematch Ronda Rousey in the fall.

During an interview with ESPN’s Russillo and Kanell, White blamed Holm’s longtime manager Lenny Fresquez for steering her wrong.

“The sad part about that whole thing is, and listen, he’s an old boxing guy who thinks he’s smart and he isn’t,” White said. “The thing I feel bad about is I feel bad for Holly because I don’t know if Holly really knows what she lost. I think she has so much faith in the people that surround her she feels like, ‘Well, they’ve got me here.’ We had this meeting and Holly wasn’t even in it. Holly, that’s your life. You should be in that meeting. Don’t leave it to these people, this guy. Oh my god.

“Listen, Holly made a lot of money, she accomplished great things, she beat Ronda Rousey, but it could have been so much bigger for her. The sad part is I don’t [think she even knows.]”

On Monday, the 34-year old Holm said that White’s comments were misguided — that it was her who wanted to keep busy and fight, not Fresquez.

“All that is false,” Holm said during an interview on The MMA Hour. “I’ve always said I wanted to fight and there still has been no for sure time that Ronda’s going to be back. So they said there’s all this money coming in for that fight, but what if that fight doesn’t even happen? Then what are you waiting for? Nothing.

“You only make money off that fight if it’s actually going to happen, and I don’t know what’s going to happen. Number one, I don’t fight for money. I only fight because I’m passionate about it, and so if we didn’t know if she’d be back right away, we thought well, let’s get another fight going.”

It was the murkiness of Rousey’s timetable for a return that prompted Holm to take the fight with Tate, stemming back to Rousey’s Hollywood commitments. Rousey had said even before her UFC 193 loss to Holm that she would be taking an extended period of time off, with a projected return at UFC 200 in July.

With Rousey having lost and disappearing from the public eye as she recovered from injuries both mental and physical, White had gone on record saying Rousey would not likely return until the fall. That was too long to wait for Holm, who wanted to defend her belt sooner.

Holm, who’s worked with Fresquez since she started out as a boxer in Albuquerque, said it’s frustrating to hear him being thrown under the bus for something that was her doing.

“Yeah, [Lenny]’s been nothing but supportive for me and my career,” she said. “He only looks out for my best interests, so it’s frustrating when people kind of put down the things that he’s worked so hard for. I said I wanted this fight. I did. I said I wanted it. That’s the bottom line.

“For me, I don’t really care what people say about me,” Holm said. “But I do care when people are negative about the people around who I love and support me. So yeah, it’s frustrating, because it was something that I wanted and it’s something I wanted and it’s something that [Fresquez] pushed for. He said, ‘Holly wants to fight.’ That wasn’t him saying that, that was me. He was speaking on my behalf. So I don’t like when people think that he’s pushing me to do things against my will. That was my wish, and what I wanted.” 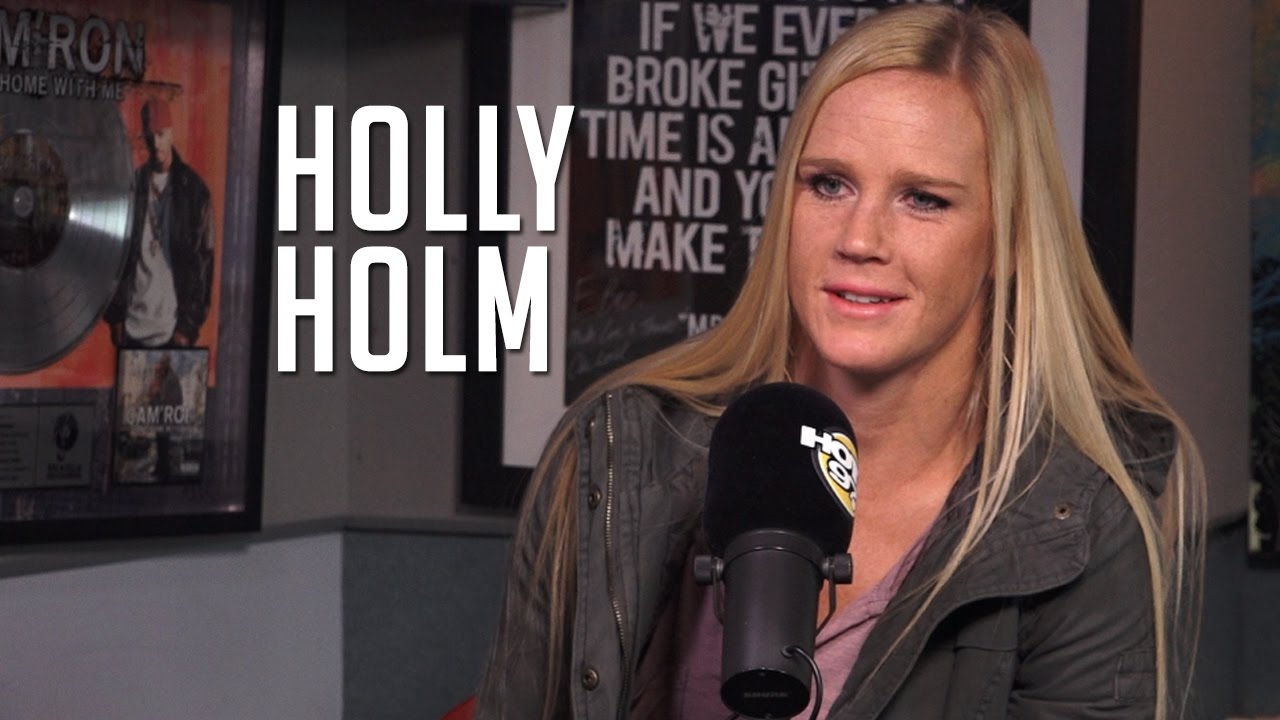