You are here
Home > Diva's > Liv Morgan WWE Hottest secrets Real Life Top pictures and video
A decade ago, the WWE’s Women’s Division was known as the Divas Division, and although it featured some women who could actually wrestle, the majority of the women were there for their looks. Thankfully, things have changed for the better, as the term Diva has been erased from the company’s vocabulary, and the majority of the women that we now see on TV have years of actual wrestling experience under their belts.
Liv Morgan has been with the company since she signed her developmental contract in 2014, and the argument can be made that she had a decent run on the main roster as a member of the Riott Squad. When it was revealed that WWE was repackaging Liv, there were those who were excited because it meant WWE planned on pushing her, but there were those who thought the company would ruin her, and they kind of did by making her Lana’s mistress/girlfriend, but she could still get pushed in the future. Here are 15 facts about Liv Morgan.

15Her Time Before Before WWE

Liv has been with WWE for more than 5 years, but like every other superstar, she had a life before wrestling, and that life constantly forced her to stay in shape. As a teenager, Liv was a cheerleader, but when she left school, she had several jobs, which included being a model and a Hooters waitress.

14She Used To Date Enzo Amore

WWE superstars are human beings, which means that they get into romantic relationships with other people, and quite a few get involved with other wrestlers. Liv used to date former superstar Enzo Amore, and their relationship started before she signed her NXT contract, but she ended things a few years ago when she believed he was cheating on her.

13She Is A True Product Of The Performance Center

Most of the Superstars on the main roster came through NXT and the Performance Center, but most of them already had some kind of wrestling experience beforehand, but not Liv. Her ex-boyfriend Enzo set up her WWE tryout after officials met her in a New Jersey gym, which means that everything she does on Raw or SmackDown, she learned in developmental, making her a true product of the PC.

12She And Her Brothers Had Their Own Backyard Ring

Liv grew up with 5 siblings, and they were all fans of wrestling and the WWE, so much so that they went ahead and built their own makeshift ring in their backyard. It is wise to not try wrestling moves at home, but Liv was not concerned with her safety apparently because as a kid, she would take full-on powerbombs and pedigrees in that ring.

11How She Grew Up

Every single WWE superstar has a backstory, and some have had rough childhoods, which is inspirational because it shows that anyone can grow up to be successful. Liv’s father passed away when she was very young, leaving her mom to raise 6 kids on her own, and she struggled to make ends meet, which is why they could not buy many clothes, and why they could barely afford cable TV.

10Entrances Made Her Extremely Nervous

A WWE superstar needs to be able to perform a good amount of moves in the ring to be successful, but they also need to have a good entrance, and that is what caused Liv a lot of anxiety early in her career. During an interview, Liv mentioned that coming up with a good entrance was so stressful that it literally used to keep her up at night.

9She Wants To Forget Her First Airport Experience

To get her WWE career underway, Liv had to take a plane to Florida, and it turns out that that was the first time she ever traveled via airplane. When she got to the airport, she broke down in tears because she was overwhelmed by all the people there, and because she thought she was going to lose her luggage, and it did not help that she could not read the signs in the airport

8She Was A Problem Child When She First Started In WWE

If you want to be a WWE superstar, you need to be a professional, and when Liv started her career, she was anything but professional. It turns out that Liv used to show up an hour late for training sessions at the Performance Center, but she would also be late for other WWE related activities, which forced WWE officials to teach her responsibility as if she were a child.

Alexa Bliss has accomplished quite a bit during her career already, but those who follow her on social media know that she loves having a pet pig, which is not as unique as you might think. It turns out that Liv also had a pet pig named Piggles, and she even created an Instagram account for him. 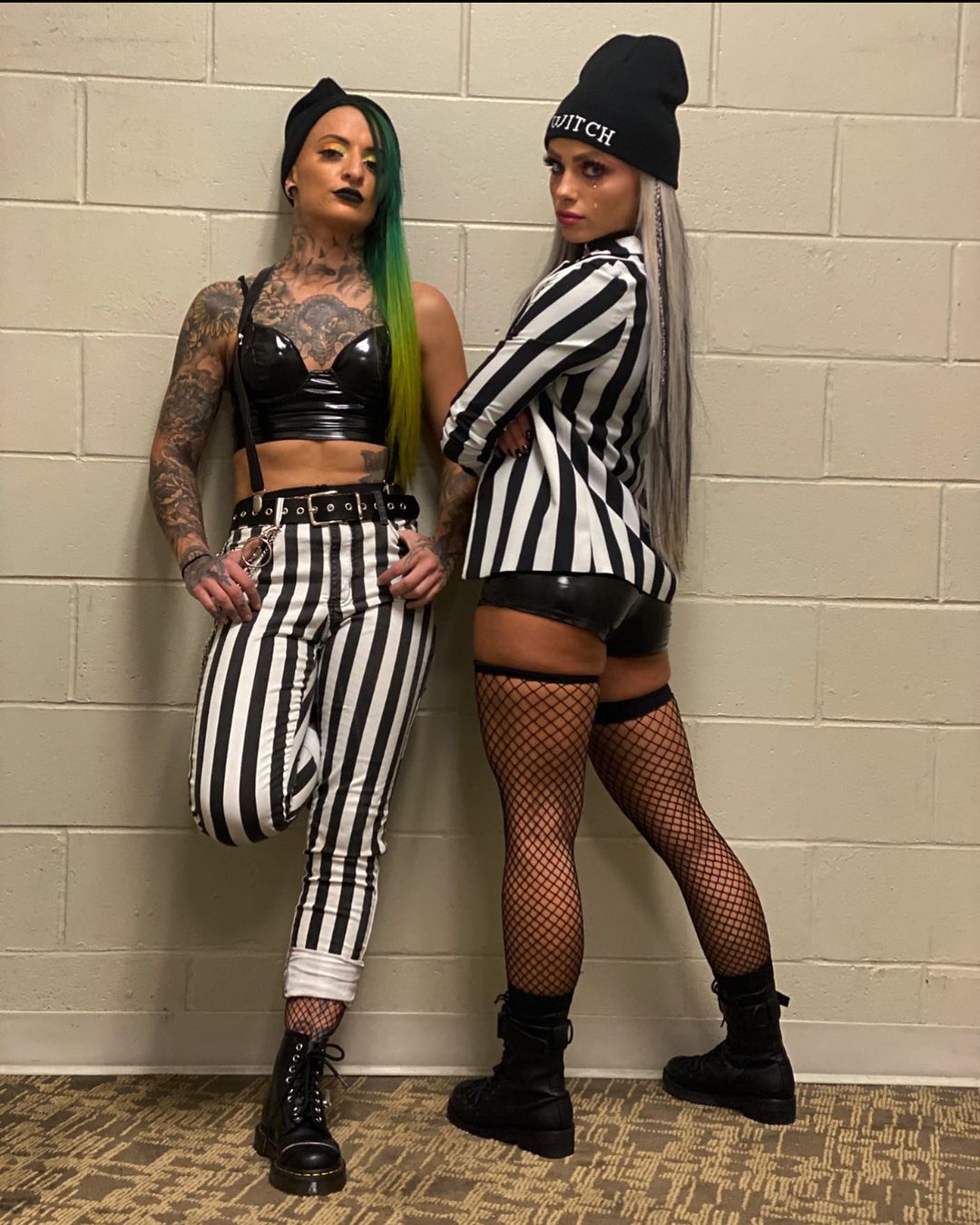 6She Has Bad Eyesight

If you are a pro wrestler, you need to have reasonably good eyesight in order to see everything during a match, but it turns out that Liv can barely see without her glasses. While on Xavier Woods’ Youtube channel, she mentioned that her eyesight is horrible, and she chooses to not wear contacts, and even though she cannot see the crowd, she can still see her opponent.

5It Took Her 2 Years To Win Her First Televised Win

Liv signed with NXT in 2014, and she made her official debut in February 2015, even though she was known as “Marley” back then. Winning matches does matter, and it was not until 2016 that she won her first televised match while teaming with Carmella and Nikki Cross, which means that she started her career off by losing every match for over a year.

4Lita’s Influence On Her

Lita deservedly finds herself in the WWE Hall of Fame, as her in-ring work managed to inspire many women to become professional wrestlers. She also turned out to be one of Liv’s childhood heroes, as she was amazed by her ability to execute moves on the male and female members of the roster, and she also gravitated towards Lita’s Tomboy style.

We are all told that having an education is important, but there are people who decide to drop out while they are still in high school, and Liv is one of those dropouts. Liv missed a lot of classes during her sophomore year, and the school board decided that she needed to repeat the year, but she did not like that idea, so she left school and started working instead.

2The Blue Tongue Was An Accident

Liv used to have pink hair and a blue tongue, and a lot of fans liked that character because it felt like she was relating to Harley Quinn. The blue tongue was a complete accident though, as she ate a blue Jolly Rancher before her match and decided to just wing it. No one backstage had a problem with it though, and it became a signature part of her character.

1She Had A Crush On A WWE Superstar

John Cena may not be the best technical wrestler, but he is still one of the most successful superstars in WWE history, and his old bad-boy rapper gimmick really spoke to Liv when she was younger. Liv was rebellious as a child, which is exactly what Cena was early in his career, which is why she developed a crush on the 16-time World Champion.