You are here
Home > Diva's > Mandy Rose Hottest pictures Love Story and video online
As they say in the wrestling business, Otis basically worked himself into a shoot. Mandy admitted that Otis is the exact same person we see on-screen behind the scenes. His flirty relationship with Mandy started a couple of years back, she elaborated on the relationship with Digital Spy;“He’s exactly who he is on TV. He’s always been like that ever since his NXT days. He’d walk around the Performance Center and he’d call me ‘peach’ and ‘Mandy candy.”Fast-forward to now and the two became the talk of WWE with their Beauty and the Beast like storyline. They broke records on YouTube for their post WrestleMania interview and we assume the interest among the fans will only continue. Let’s celebrate the relationship by taking a look at photos Otis can’t stop looking at of Mandy Rose. 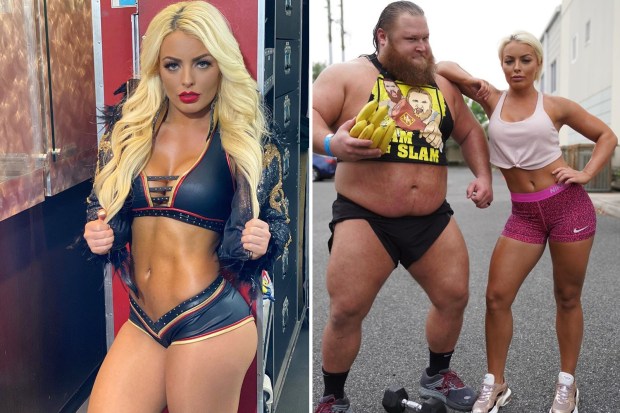 My Daughter is a WWE Superstar – Mandy Rose 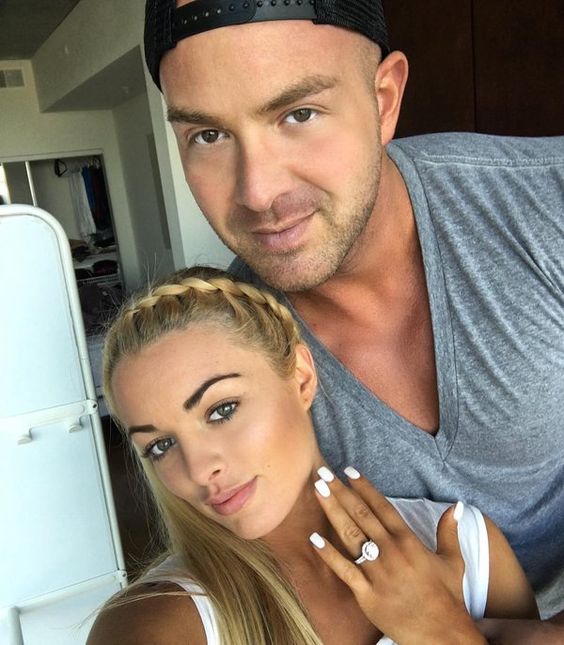 Like the rest of the world, Mandy is managing to keep in shape in the comfort of her own home – whatever she’s doing, it is clearly working.

Not only is Otis staring at the photo but he was likely drooling over the YouTube video that followed, showing Mandy’s workout at home – one that was filled with a few lower body movements.

Given the events that took place on the recent episode of RAW, it appears as though Lana might be single again as tension seems to be rising between Lashley and Lana, after six months together on the show.

Maybe Otis can swoop in and another gal to the party, that would make for some must-watch television.

Otis along with the rest of the world couldn’t stop drooling over Mandy’s WrestleMania attire. The Golden Goddess was exactly that with her special outfit of choice.

Ultimately, the angle was a major hit and the video of the two getting interviewed after the moment skyrocketed on YouTube. Fans are digging the storyline and so is Otis.

She’s a success both in and out of the ring. When she’s off the road, Mandy is riding in style with a stunning Mercedes ride.

We can see it now, a hilarious vignette featuring Otis and Mandy driving off in the sunset with Rose’s stunning Benz vehicle.

This one truly melts our hearts, featuring Mandy Rose during her NXT days alongside her grandmother.

Rose spent a lot of time at the PC prior to her NXT debut, however, she spent little time with Triple H’s brand, mostly taking part in live events to gain experience. She’s one of the few that was fast-tracked to the main roster. 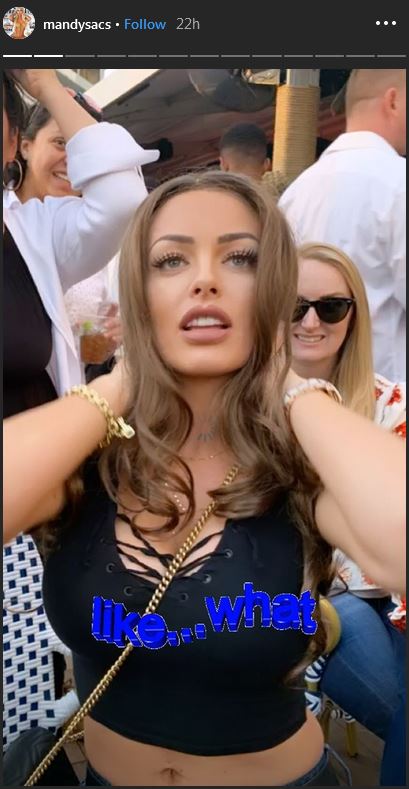 It really doesn’t get that much better than this for Otis – he’s looking at the love of his life at a donut shop! Rose made the post alongside Sonya via IG, stating that she’s traveling the world trying some of the top donuts around and documenting it on YouTube.

How great would it be to see Otis added to the mix?

This is where Otis likely fell in love with Mandy. She didn’t win the show but looking back, she really should have, especially considering that the winner of the show Sara Lee is completely out of the business. So is the other winner Joshua Bredl, seriously how didn’t Velveteen win on the men’s side?

Remarkable to see how she picked up everything so quickly despite her lack of experience coming into it.

Otis knows a thing or two when it comes to lifting weights – he set a ridiculous record at the PC for reps on the bench press using 225.

Mandy, on the other hand, knows a thing or two when it comes to the squat. That’s on full display in the pic above, as she took her workout to Zoo Culture, appearing on Bradley Martyn’s YouTube channel.

Prior to joining WWE, Mandy was making a name for herself in the fitness industry, working for various companies as a brand ambassador.

Rarely nowadays does WWE recruit talent from that sector but it seemed to work nicely with Mandy, not to mention Dana Brooke as well who also comes from a similar background.

In 2014, just prior to joining Tough Enough, Rose took home the honors of the top prize at the World Beauty Fitness & Fashion Bikini Championships.

It was her last big accomplishment prior to inking a WWE deal. Her training routine changed drastically when joining the company, focusing on strength and conditioning instead of pure aesthetics.

Mandy is one of the few that can rock this kind of flawless look while on the road for WWE. Otis definitely wishes he could be Mandy’s travel partner, heck we all do when you look that good!

At the very least, traveling is limited for Mandy these days given that all WWE shows are in her backyard at the Performance Center.

We hate to break it to Otis but he isn’t the only one drooling over Mandy’s photos – the WWE star has over two million followers via IG and the number continues to grow, especially when she posts such pics.

We’re reminded of the great Stacy Keibler in this shot, the question is, who did it better? We all know Otis’ answer.

Not only is she beautiful but Mandy is also a beast in the weight room. No, her workouts aren’t limited to glute and lower body movements, she’s a beast putting an emphasis on upper body strengthening as well.

In the pic above, she’s working her entire core on the deadlift. As if the weight wasn’t enough, she added a chain to add some extra weight.

Although WrestleMania didn’t feature fans, it did cause quite the discussion from fans online – according to WWE, the company broke records in terms of the social media involvement by the fanbase.

One of the biggest talking points happened to be this moment, as Mandy and Otis finally shared a moment together, one that was complete with a kiss. Fans compared it to Macho Man and Miss Elizabeth, gotta love the wrestling community! Otis won’t forget this pic any time soon. 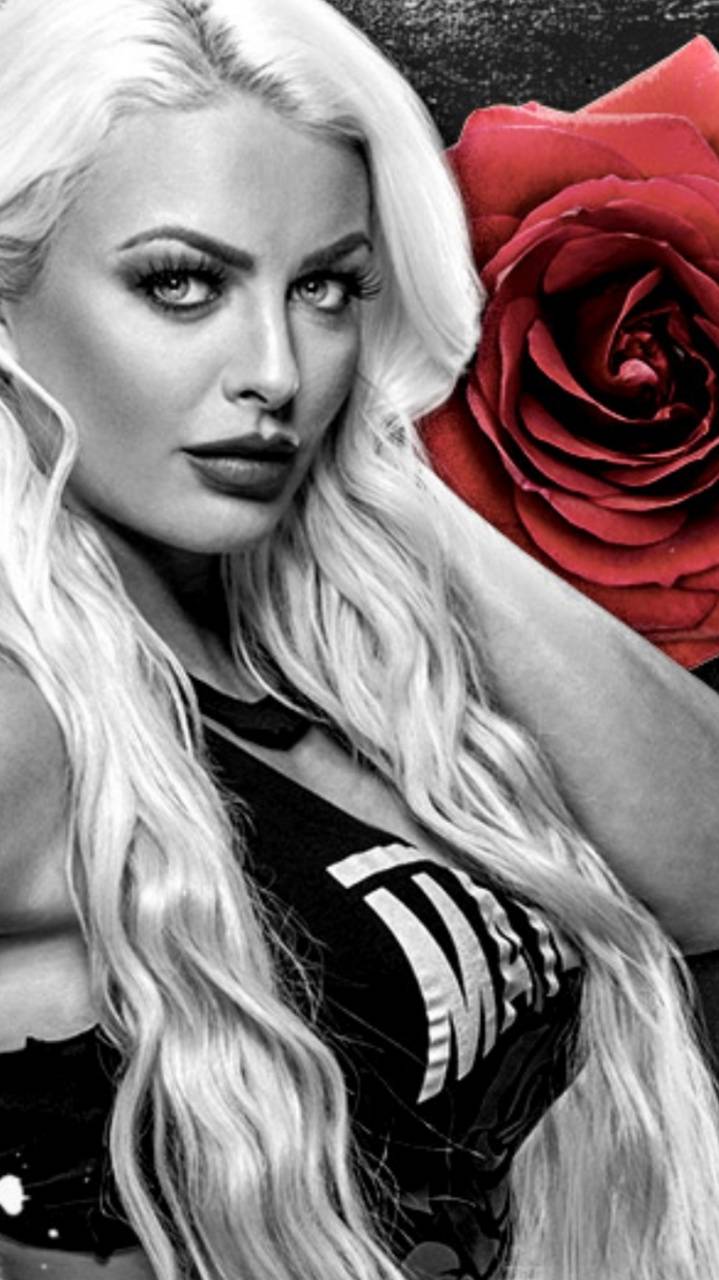