You are here
Home > Diva's > Mandy Rose Hottest Rare pictures and video online – Real Life
The WWE Attitude started more than 20 years ago and the landscape of professional wrestling has since changed drastically. While women primarily served in complementary roles back then and were more so featured in sexy photo shoots, they are now instead at the top of the card in WWE with the likes of Charlotte, Becky Lynch, Shyana Baszler, and Rhea Ripley all competing in high-profile WestleMania matches.Women have clearly become more integral to the success of the WWE, but in the past year there has been a slight shift back to tropes more common in the Attitude Era. The Bobby Lashley-Lana marriage angle was just one of the storylines involving sexuality in recent memory. It wasn’t too long ago that Mandy Rose, widely regarded as one of the most beautiful women in the company, was seducing Jimmy Uso as part of an feud with Naomi. She is now involved in somewhat of a love triangle with Otis and Dolph Ziggler. These pictures will make both men – as well as Vince McMahon and any other man for that matter – jealous.

My Daughter is a WWE Superstar – Mandy Rose

The mirror selfie is a staple of the Instagram era and one of the most common poses adopted by influencers and others seeking social media attention. There’s a reason for that: it shows off your entire body. And when you’ve got a perfectly-sculpted body like Mandy it’s hard not to make use of the mirror selfie.

While it’s always great to see someone as beautiful as Mandy dressed up for a night out on the town, there’s fewer things as sexy as someone with her body in full workout gear, tight-fitting pants included, ready for an invigorating workout. Vince is clearly a big fan of Mandy and we can see why here.

Who says all photos need to be a selfie? In addition to a great body that is the result of extensive work in the gym, Mandy has a beautiful face that needs to be looking at the camera rather than partially hidden while looking into her phone’s camera. We’re thankful that she’s happy to oblige with photos like this on a regular basis.

When you’re as good looking as Mandy is you can get away with photo shoots in any destination. Ideally, the gym, the beach, or in front of any mirror is where fans and admirers like Vince would want to see her, but there’s nothing at all wrong with Mandy posing in an empty parking lot.

Need more evidence that WWE is relaxing its PG tone? The company has done more and more photo shoots like the one above with many of its women and even posted them to WWE.com. Nobody is complaining, except for perhaps girlfriends whose boyfriends are spending a little too much time on the website.

Who doesn’t water the lawn in high heels while looking off to the side? It might not be the most effective way of doing so, but it clearly works as evidenced by the photo above. Mandy is obviously more than happy to do photo shoots like this, but we have to wonder how much of it is directed by Vince.

Mandy isn’t just a blonde bombshell who looks great in the gym or in promotional shoots. She has style and she knows how to stand out in a crowd. That’s exactly what she’s doing here, while posing on the sidewalk in a classy, not-too-revealing dress that shows off her legs but leaves plenty to the imagination.

It’s no secret that Mandy and Sonya Deville are close friends. They are a tag team on SmackDown and also travel together but not just because they have to. They have very similar personalities, hobbies, and interests. For instance, despite their incredible physiques, they’re big donut fans who even have their own Twitter account – @DonutzDamandyz – where they detail their quest to find the best donuts in the world.

The Jimmy Uso seduction storyline was one of the first instances of WWE leaning into Mandy’s good looks and sexuality as part of a storyline. Rose would flirt with Uso for weeks on end on SmackDown and eventually invited him to her hotel room. Was Vince writing his own fantasy here?

The Golden Goddess looks her best when the sun is shining down on her and illuminating her face and highlighting her exquisite physique. It doesn’t hurt when she’s donning a tight-fitting red dress suit, either. WWE shared this photo as part of its Best of the Week on Instagram, so we can be certain Vince is a fan of it.

It’s not hard to see that Mandy is one of the most physically fit women in the WWE. She might not have the in-ring capabilities of Becky or Charlotte, but she’s at least even or better than them in regard to physique. She works quite hard in the gym and can squat more than you.

We’re nearing the end of winter and temperatures are rising steadily in most parts of the world, but it’s never a bad time to jump in the pool for a photo shoot if you look like Mandy. Vince isn’t known to take many breaks from work, but we’re betting he would blow off some steam if he came across Mandy in the pool.

It really doesn’t matter what Mandy is wearing as it’s been proven by now that she can make anything work, whether it’s a red dress suit, workout gear, or a bikini. Hell, she almost certainly looks great in comfortable lounge wear. But she definitely looks great in this photo as she readies for a night out.

Another picture from a WWE photo shoot sees Mandy atop a pool float in the shape of a golden wing. The contrast in colors between the float and the pool is mesmerizing, but let’s be honest: none of you had even noticed that. There’s a reason Mandy is known as the Golden Goddess and this photo is a prime example why.

As previously mentioned, Mandy isn’t just a pretty face blessed with a beautiful body. She has had to work incredibly hard to achieve the toned body she has now; it wasn’t too long ago that she was skinny without much muscle definition. She showed off her workout routine in a recent cover shoot with Muscle and Fitness.

1Lounging At The Beach 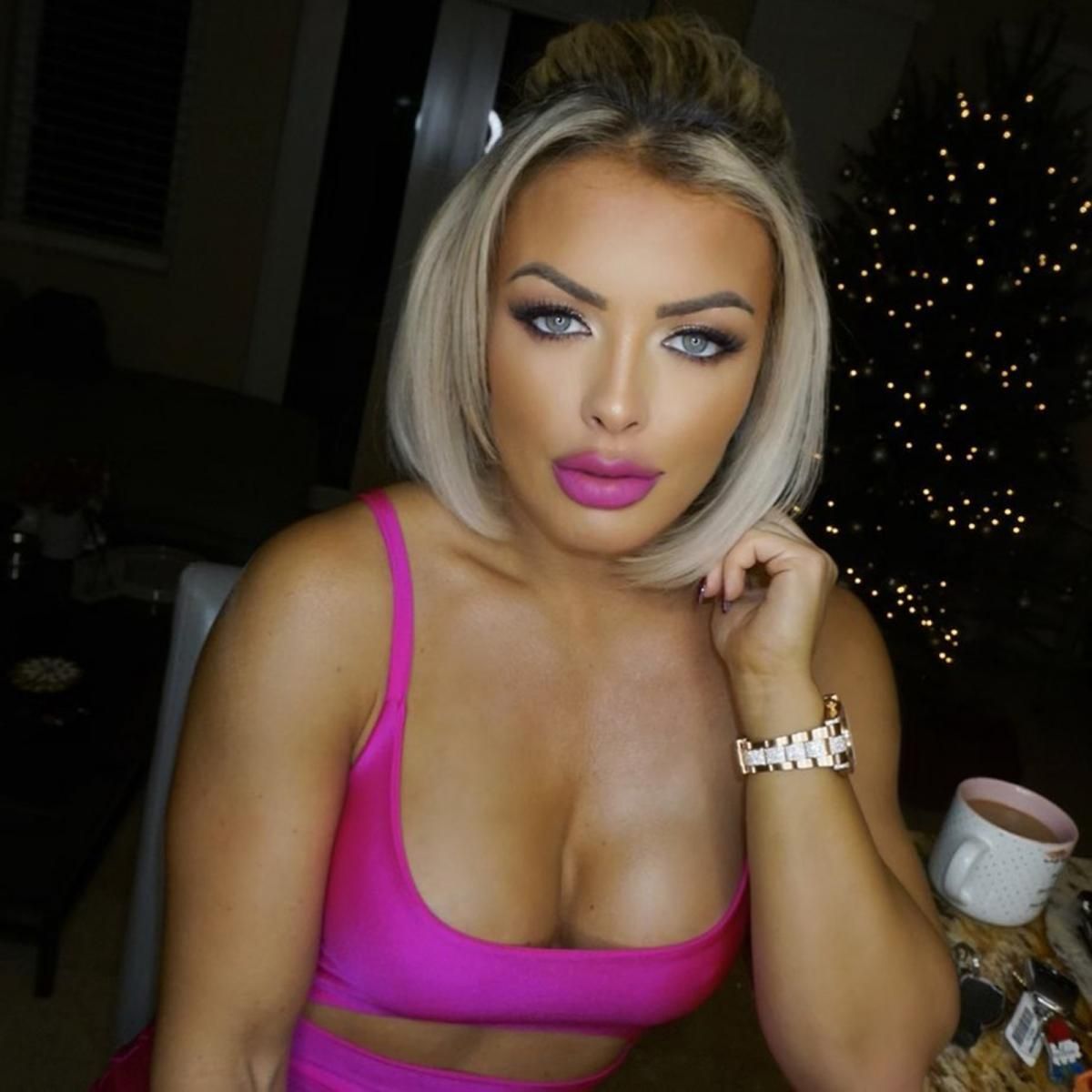 The pool is nice, but there’s no better setting for a woman as beautiful as Mandy than the beach. She’s clearly living her best life here lounging while enjoying a pina colada. We haven’t seen much of her on WWE TV in braids, but judging by this photo it has to happen more.