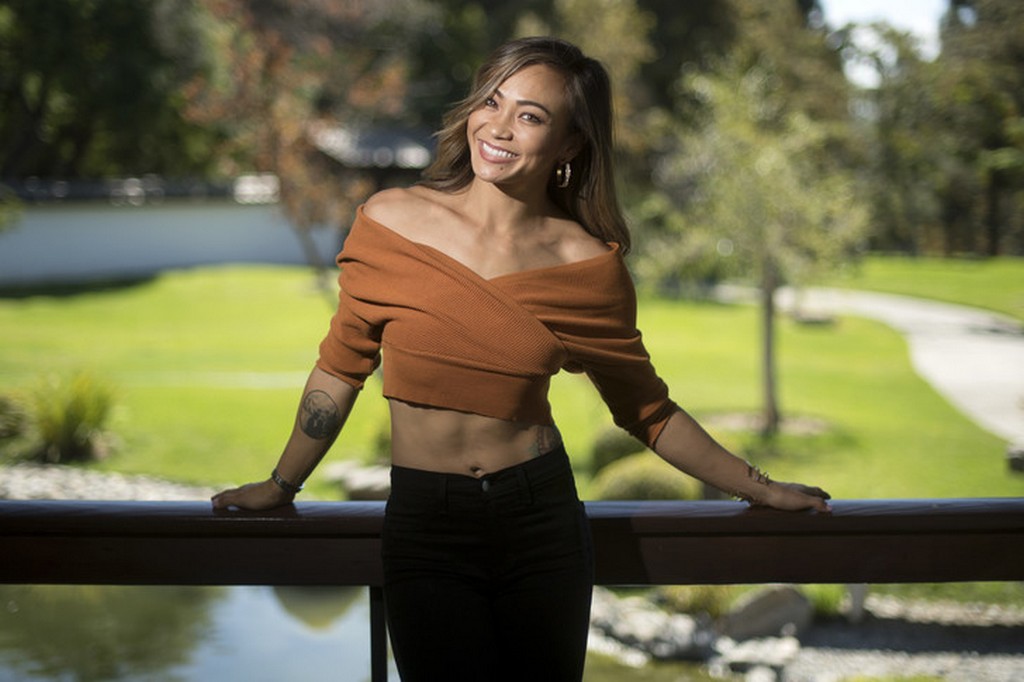 Michelle Waterson and her husband kiss their daughter. /VCG Photo

In March 2009, the sportswoman fought Karina Taylor at Duke City MMA Series 1 and won by armbar submission. However, luck is changeable: the next month, Waterson was knocked out in the second round by IFBA champion Elena Reid.

The following events were favorable for Michelle: she defeated Rosary Califano 15 seconds after the beginning and used a flying armbar. In April 2010, Waterson knocked out Masako Yoshida in the first round.