Miesha Tate, one of Ronda Rousey’s most bitter rivals. believes what Becky Lynch has been saying about the champ has genuinely angered her.

Ronda Rousey has been saying some pretty controversial things about WWE recently and Meisha Tate is of the belief she means every word of it.

Things between Ronda Rousey and Becky Lynch appear to have gotten a little out of hand. While the situation between the two hasn’t been good for a while, things were really ramped up on social media last week. The Man taking a shot at Rousey’s husband appeared to be the final straw for The Rowdy One, and those return shots on Raw this week appeared to be extremely stiff. 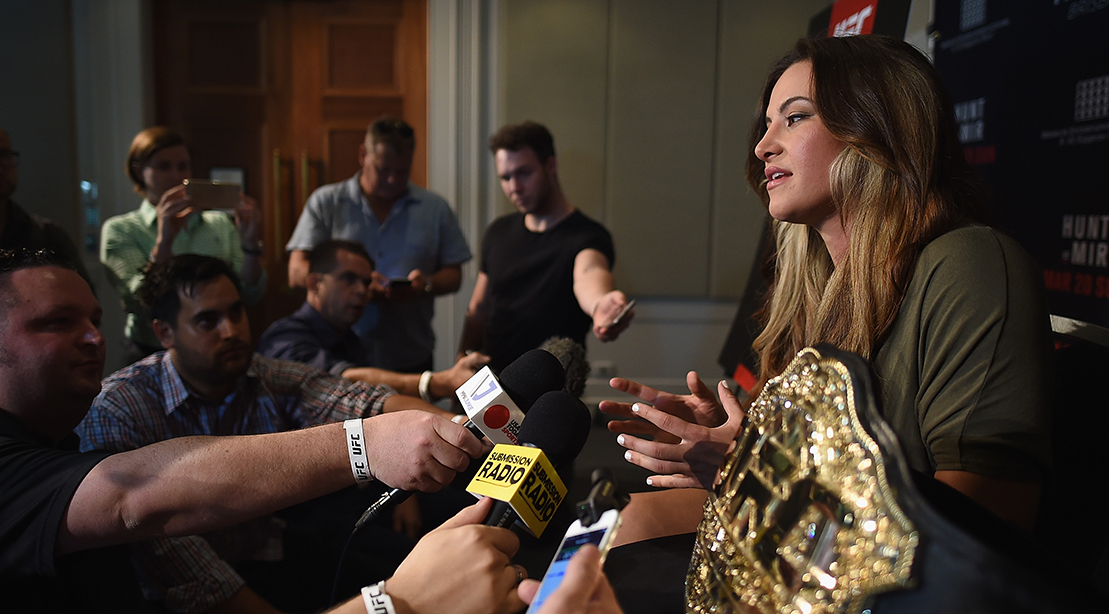 If you were not already convinced that this rivalry is nearing its boiling point, then we’d like to direct you to Rousey’s latest YouTube video. At the end of the video, the Raw Women’s Champion launches into a rant littered with F words (and we don’t mean fake) burying WWE, its Superstars, and the fans. If real, not good. If it was the exclamation point on her heel turn, a stroke of genius.

Although her comments on Rousey came before that video was released, Miesha Tate seems to believe that The Rowdy One is no longer acting. “You don’t talk about her family, you don’t talk about this, even if it’s just a joke. She does not have a sense of humor, and therefore s**t got real,” Tate explained on SiriusXM’s MMA Tonight. You can listen to an extended clip below but be warned, it does contain language some might find offensive.

If anyone knows the inner workings of Rousey’s mind then its Tate. Long before Lynch was the champ’s arch-rival, Rousey and Tate were bitter enemies. The two of them clashed twice during their MMA careers, once in Strikeforce and again in UFC. Rousey was victorious on both occasions.

We think we may have reached the point where we’re not sure whether we want Rousey’s words and actions to be real or not. One thing is for certain, though. No matter what the motivation, she currently has the attention of the entire wrestling world. Plus, a large chunk of the MMA one by the sounds of it. Hopefully, we see her at Fastlane this Sunday, and we look forward to seeing what’s next on her and Lynch’s road to WrestleMania.