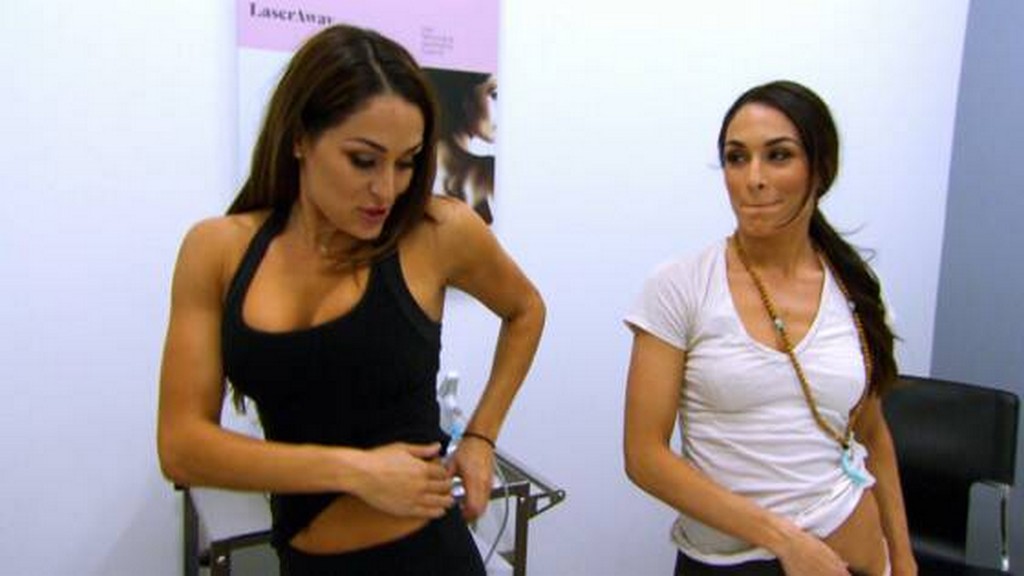 Not even a pandemic could’ve slowed down both Brie Bella and Nikki Bella, as the new season of ‘Total Bellas’ recently returned.Brie revealed with Paige Six that the crew took all the precautions possible during the filming, especially given that they were going through pregnancies together;“We all quarantined for 14 days,” Brie, 36, said. “Could have no contact with the outside world. It was, such strict rules and regulations, and then once we all did the 14 days quarantine, then we all had to take Coronavirus tests. And then once those tests came in, then, we all are together, but still quarantined, like all isolated.” Brie added, “It’s actually nice because we get to get to talk to other humans … I sometimes feel bad for [the crew] because they have to be in protective gear all day, like masks, gloves, sanitizer. We don’t have to be in masks but we all check our temperatures.”

The season debut centered around Nikki Bella opening up relating to a dark past experience, it was meant to empower other women.

We’re excited to see how the new season plays out – both Bellas hyped up the new season via IG and they revealed what they were doing. It was a basic yet pleasing night for the family, enjoying the first episode together.

That’s right, the Bellas celebrated watching the season debut from the comfort of their home, popping some Dom Perignon;

It was a busy week for Nikki and believe it or not, she’s still answering questions about Jon Cena.

She revealed that Cena reached out to both her and Brie, following their pregnancies. Nikki admitted with Today that the two will always be tied to one another;

“John and I will be tied forever. I get that, like, we had a public relationship on a reality show for six years,” Bella said. “All I’ve ever wanted was for him to be happy. So, it makes me happy when I see that and, like, him kicking butt in the movie world and all that stuff. I love that!”