You are here
Home > Diva's > Nikki Bella WWE Cosplays Top 10 photos and video online GIF
Whether keeping up with the all-new Total Bellas or being such a baddie, cosplaying as Nikki Bella from World Wrestling Entertainment (WWE), you’ll agree the Bella twins have amazingly impacted lives. Nikki was the longest-reigning WWE Diva’s Champion of all time (at 301 days). She was an innovative, exciting, and unbelievable athlete, quite incredible at promos. The expectant mum may no longer be wrestling. She, notwithstanding, finds her extraordinary two-piece WWE uniform and theme song, “You Can Look (But You Can’t Touch),” combo enchanting enough to recreate her entrance at home while she shows off her bare baby bump.RELATED: John Cena Top 10 pros and cons photos and video onlineThe “Total Bellas” star inspires fans and fellow WWE pro wrestlers to portray her.

Nina Romanov is such a Nikki-esque baddie in what she described as her first “all-out” cosplay. She loves portraying Nikki and describes the California-born athlete as “a fitness inspiration.”

Her depiction of the former Teen Choice Female Athlete of the Year received substantial recognition, and she was “so happy” it did.

9You Need The EfEx, Sometimes 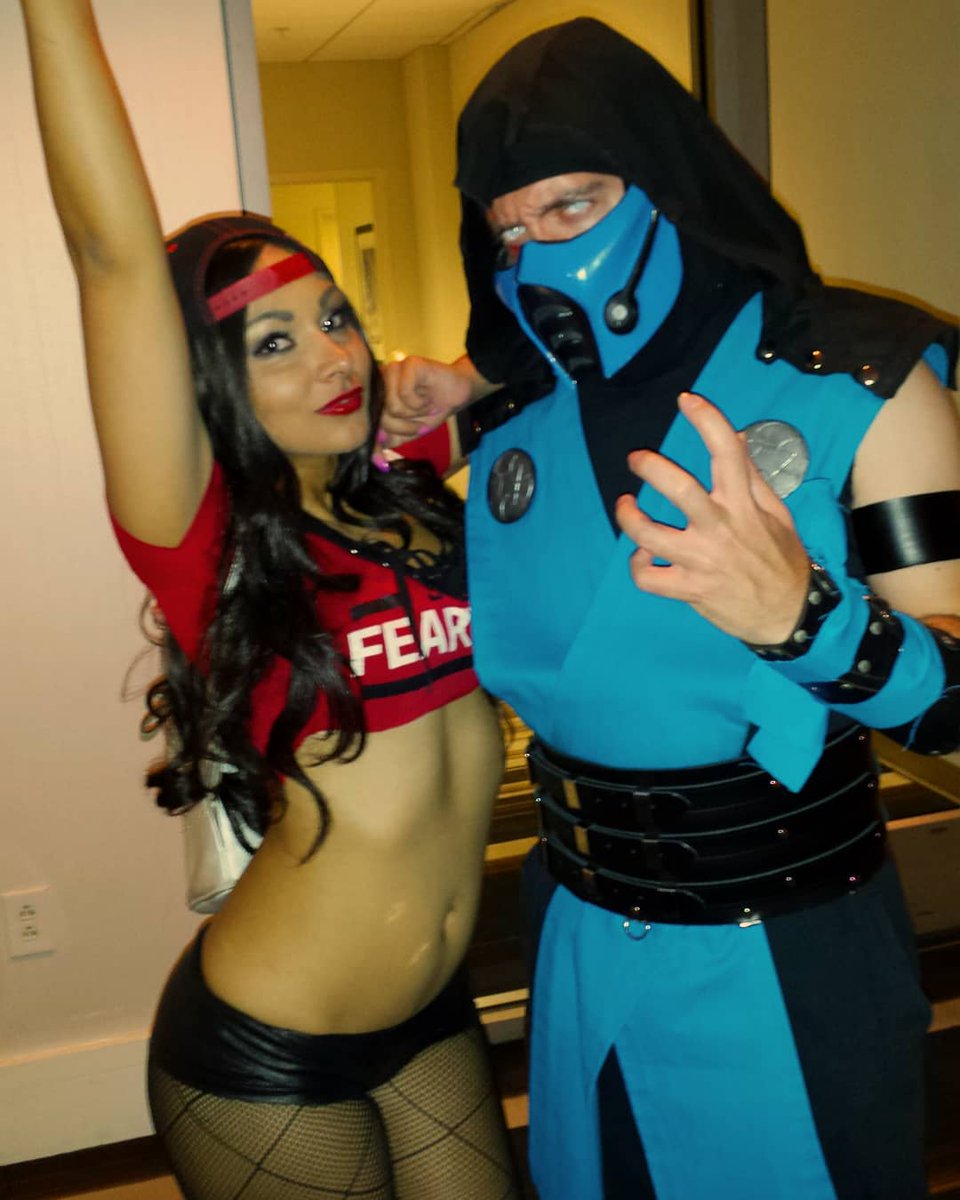 Who needs tanning for a cosplay when you have good lighting? But then, Megan Louise does understand the formula for a flawless body. The makeup artist-cum-cosplayer rocked her “Fearless” attitude at the 2014 Supanova Expo, and it came off very well.

Hundreds of fans of the glamorous athlete have dressed up as her to show their love. Louise may not have a Latino bloodline as the 5’6″ tall two-time Divas Champion but successfully simulated a few of her attributes in the above shot. 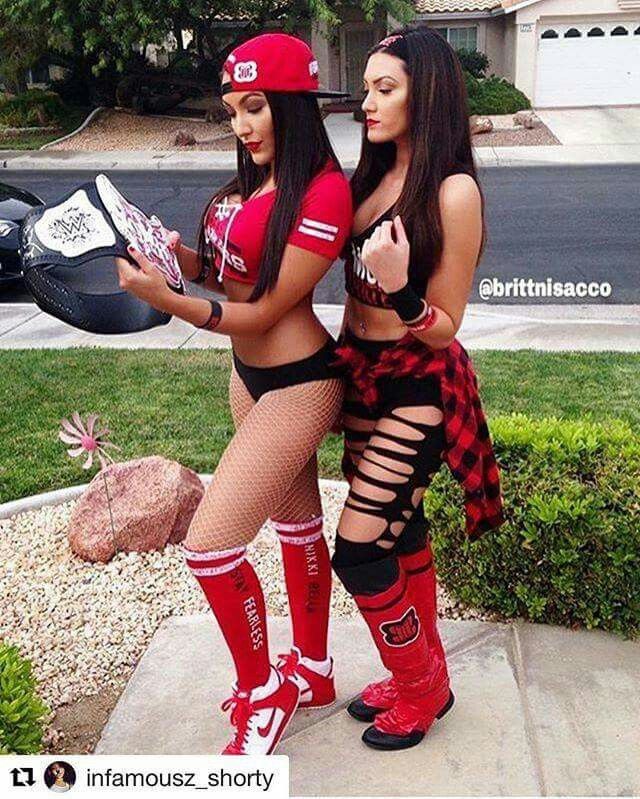 The next thing prettier than Hannah Indigo cosplaying as Nikki is probably the chances of having the real deal in Manchester, England, any other day.

Here’s what she had to say about Nikki: “I never got to see Nikki Bella wrestle in real life, but she will always be an inspiration. Nikki came from nothing, trained to be a wrestler and an even better businesswoman. If I die being half the woman she is, I’ll be proud of myself.” 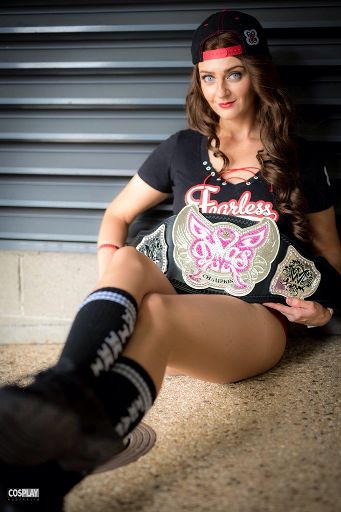 Instagram user, @queen.niqi, rocked some Bella Army gear and referenced Nikki’s theme song in one of her cosplay posts.

Nikki and Brie’s induction into the WWE Hall Of Fame might have been delayed due to current circumstances with the COVID-19 pandemic. The #Fearless users continue to double down their effort at harnessing a fledgling fanbase of Nikki cosplayers on social media.

6How She Serves Those Looks, Huh! 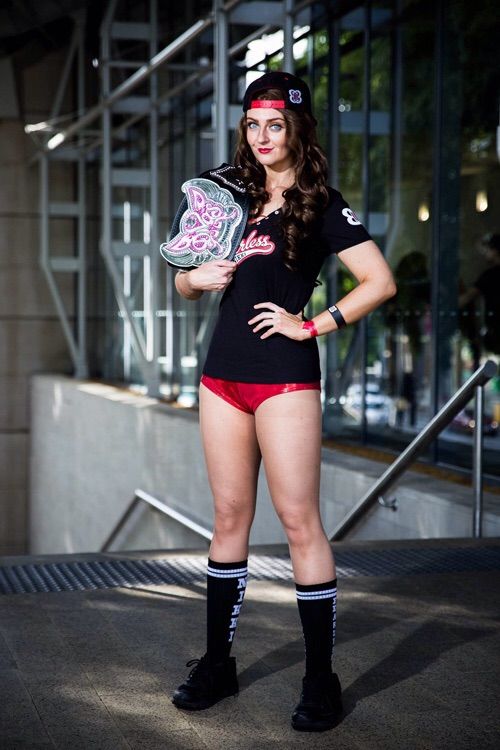 Have you got the curves to serve those looks and shake that cake? Nikki’s depictions are everywhere, even on the indie circuit. Canadian cosplayer, JusZ Cosplay, rocked the “FearlessNikki” look to Adelaide’s World Series Wrestling two years ago.

The host of Oz Comic-Con (a costume contest in Australia) finds Nikki’s blue costume so much enchanting to have cosplayed the queen a couple of times. Her recent attempt was a tribute to the 36-year-old and her sister, Brie Bella, on the announcement of their induction into WWE Hall of Fame.

5Banks Pulls Off An Unbelievable One 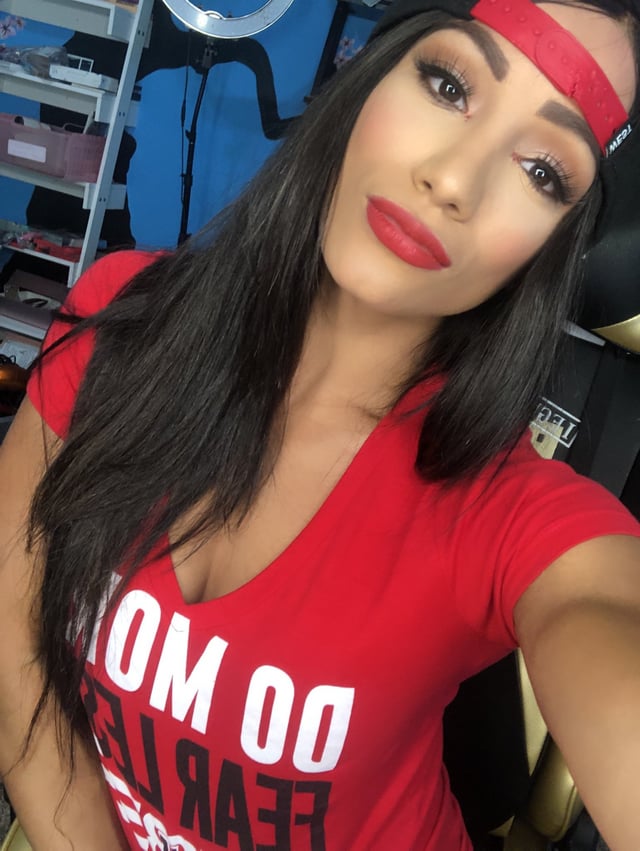 What’s more gratifying than having a fellow pro emulate your ring costume? Probably walking into WWE and being treated like a goddess. You’d better be good at wrestling and promos to get that far.

Sasha “The Boss” Banks is an embodiment of swag and class. The four-time Raw Women’s Champion has recently been trying out different looks inspired by WWE superstars. She seems to have struck a chord with her incredible Nikki Bella cosplay, posted in support of the Total Bellas docuseries currently running on E! Who should be her next cosplay, fans?

Nikki and John Cena were the archetypal WWE real-life couple, who cares whatever you choose to tell your kids about them? Cena shows off a different persona different from his good-old humorous trash-talker gimmick off the camera.

He even dressed up as his ex-girlfriend for Halloween 2016. It was about as scary as the ghostly holiday could get, but enough to fit into a burgeoning roster of cosplayers dressed in identical gear to what Bella rocked on SmackDown. Nikki also dressed as the 16-time world champion. It was part of a promotion for the inaugural season of Total Bellas.

3Hottest Cosplay On The Gram

Soni Aralynn might be an enthusiastic astrophysics devotee, her works in the WWE cosplay world happens to be her favorite achievement to date. The long-time veteran would have fooled you into thinking she was the real Nikki without any further probing of her sweet characters.

A fan of The Undertaker growing up, Soni has portrayed many other wrestlers, including two-times Miss Money in the Bank, Carmella, The Bella Twins, and English pro, Marty Scurll.

Brittni Sacco is a graphic design student, who loved cosplaying Nikki in her different attires at her events.

Brittni has shared pictures of herself dressed up as other WWE stars like The Hardy Boyz, Shawn Michaels, Alexa Bliss, and Finn Balor. Her sprightly cleavage gives off her cosplays even better than her fellow cosplayers. Nikki, on her part, shared some of her creations.

Amazingly, the Bella Twins reconnected with their estranged dad, after a successful pro career. The duo is undoubtedly the most famous Divas in the industry and our favorite pair of twins. An indispensable storyline in the WWE Women’s Division. It makes so much sense they’ve impacted so many people, who often want to rock their attires.

JusZ Cosplay joined Megan Louise to imitate The Bella Twins at Supanova 2014. They came quite close to spotting the twins’ ringside looks and won some flattering approvals as well. A fan even said they were “way hotter than the real Bella twins.”