Rousey hasn’t been seen since WrestleMania 35 where she lost to Becky Lynch in a Winner Takes All Triple Threat Match that also included Charlotte Flair in the first ever all-women’s main event in the Show of Shows’ history.

The UFC legend suffered a broken hand during that historic fight and also stated that she will now focus on having a family with her husband Travis Browne.

The ex-RAW Women’s Champion didn’t rule out a potential retirement from professional wrestling as she hinted that she may end up prioritising her child over her WWE career.

But after watching her WWE 24 special documentary The Year of Ronda Rousey, which focuses on her first year in Vince McMahon’s promotion, she revealed on Instagram that she misses the product and the fans.

Rousey enjoyed a stunning first year with the company that started at WrestleMania 34 where she put together arguably the greatest in-ring debut in WWE history.

The Baddest Woman on the Planet teamed up with fellow Olympian Kurt Angle and together they beat Triple H as well as Stephanie McMahon in a Mixed Tag Team Match.

Four months after her first match the MMA hero won the RAW Women’s Championship from Alexa Bliss at SummerSlam.

The Rowdy One went on to beat some of the company’s biggest stars like Sasha Banks, Nia Jax, Charlotte and many more.

Despite her controversial loss at WrestleMania the first ever UFC Women’s Bantamweight Champion remains undefeated in one-on-one action.

The UFC Hall of Famer was pinned by Lynch but she got her shoulders off the mat before the referee’s three count.

Rousey lost the RAW Women’s Championship and then took an extended break from the company. 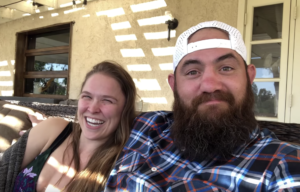 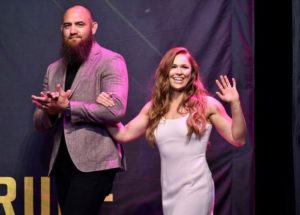 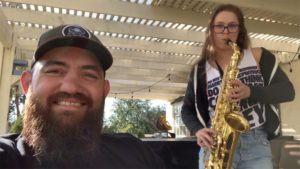 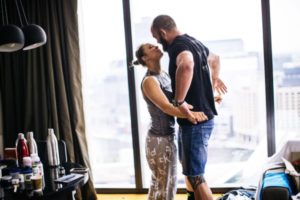 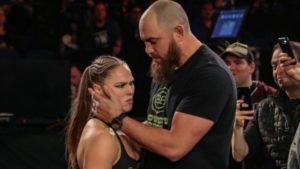 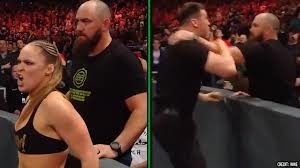 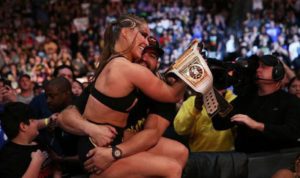