You are here
Home > Diva's > Sasha Banks Hottest photos and video paparazzi real life evolution
More than two years after the first event, Sasha Banks is confused as to why there hasn’t been an Evolution 2.There have been a number of marquee moments in women’s wrestling over the course of the past half a decade. However, it can be argued that the pinnacle moment was when WWE staged its very first all-women’s PPV, Evolution. The show was a hit, and not only deserved a mention in the discussion for PPV of the year, but the match Charlotte Flair and Becky Lynch had on the show might well have been match of the year.The trouble is, more than two years have passed since Evolution and there’s still no word on whether fans will be getting a sequel. That’s despite Stephanie McMahon admitting shortly after the first event that there would be more female-only shows. So much time has passed since Evolution that people are starting to ask questions.

Some of those people include wrestlers within WWE’s own ranks. Sasha Banks is the latest to question why WWE hasn’t given us Evolution 2. “It’s just something that I think was so incredible for the women and for the fans that I don’t understand why there hasn’t been a second one yet,” Banks admitted during an interview with Digital Spy.

“It definitely can happen in the future and whenever it does happen I think it will be better than the first,” The Boss added. Banks competed at the first Evolution, teaming with Bayley and Natalya to take on The Riott Squad. Since she is currently SmackDown Women’s Champion, if Evolution 2 were to happen soon, Banks would almost definitely have a higher profile match than she did two years ago.

There’s a very real chance that WWE planned on having Evolution at some point this year, but the COVID-19 outbreak changed those plans. 2020 has looked a lot different in a number of ways, and this might be one of them. As things slowly return to normal, perhaps talk of Evolution will resurface, and the second all-women’s event in WWE will happen sooner rather than later. 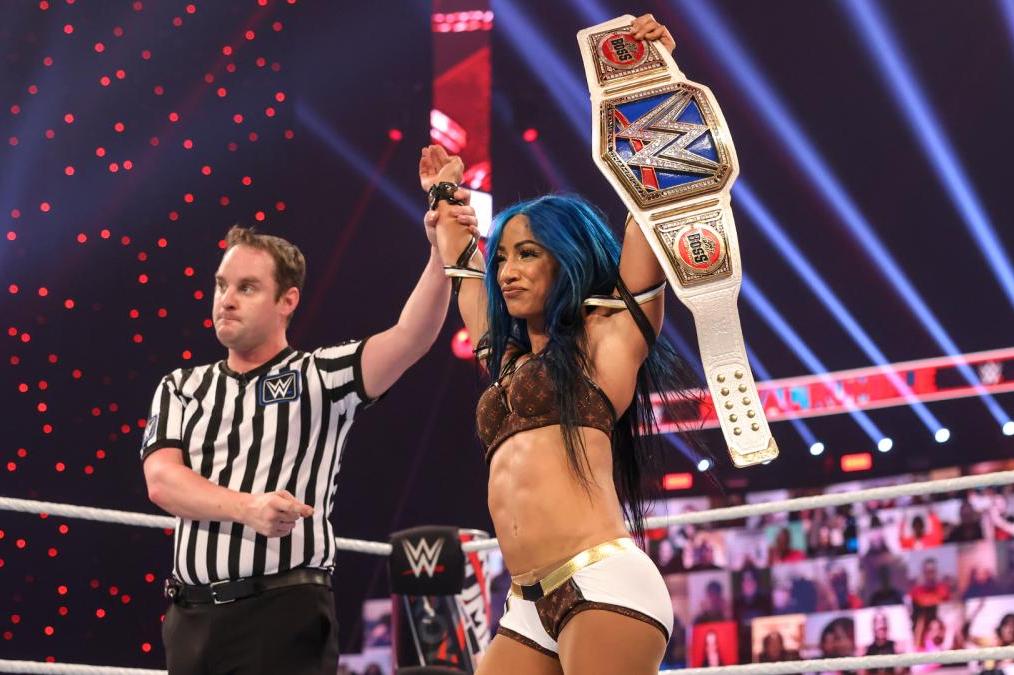