You are here
Home > Diva's > Sasha Banks WWE Rare pictures and video online GIF
Sasha Banks has a strong Instagram game and some of the photos she posts, outside of the typical wrestling-related ones, show just how stunning she looks. She often doesn’t get the same credit for being a beauty that other WWE Divas do but these photos show that Sasha should definitely be in that conversation as well and can definitely hold her own in the stunning and beautiful women of WWE. She’s a petite woman who has worked hard to get the figure she has and her hair selection makes her stand out amongst a very heavy crowd of beautiful women in WWE.She might not get the same opportunities as other WWE Divas do in the title picture, but maybe if Vince McMahon started looking more into how stunning Sasha Banks is, she would be pushed higher up the card and not just as Bayley’s sidekick. Here are 14 pictures that show how stunning Banks is from her Instagram.Sasha Banks Rare pictures and video online GIF 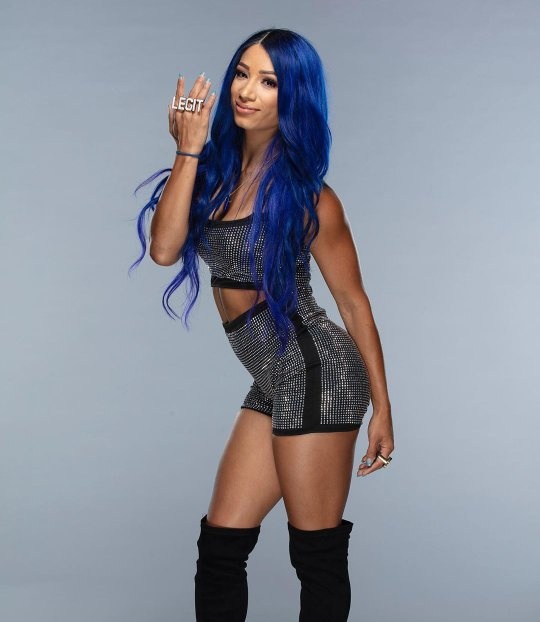 Sasha Banks doesn’t always get the credit for being a powerful woman but here she looks simply stunning flexing the gun show that she has. She definitely has flexed her muscles in the WWE and put in the effort in the gym to get looking this amazing. She needs to be given more credit for her strength.

Sasha Banks is known for her different hair color, but maybe she needs to try green next. And athletic wear definitely makes her look stunning, but then again, who doesn’t look good in the WWE in their workout gear? These tight outfits definitely show off the figure she has worked hard for. 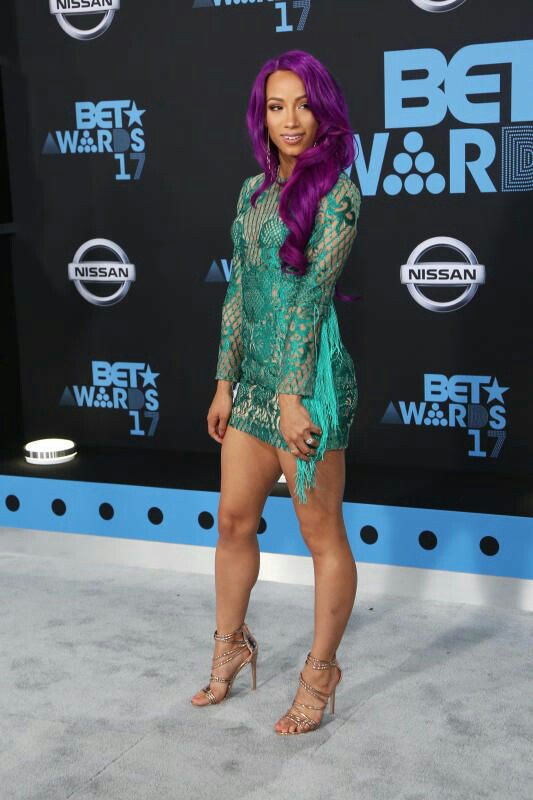 Sahsa Banks captured this photo with have a blessed day and looking like this, we are blessed to have seen her. The blue hair definitely works for Sasha and is a nice change from the purple hair she had for the longest time in WWE. And those eyes just have a way of bringing you in.

11The Real Queen Of Harts Sasha Banks is throwing it another WWE Diva in this picture, Natalya, as she was inspired to do her look like the Queen of Harts, including the kitty ears that Natalya loves to wear to the ring, due to her love of her real life cats. Hard to tell who pulls the look off better. Do the Bella Twins have a secret triplet? Nope, that’s just Sasha Banks looking stunning as she dresses up in Nikki Bella’s gear and shows some respect to the former Diva. It’s such a different look for Sasha without the bright colored hair and going a more natural look for herself. 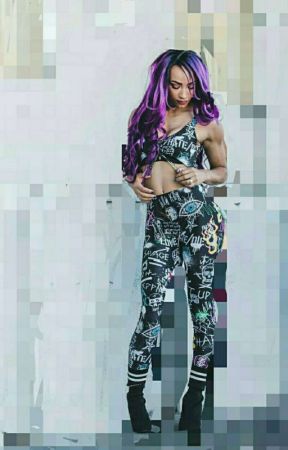 Sasha Banks would love a dream match with Trish Stratus. And while it might not happen, her copying Trish’s look as her own is simply stunning. If she ever wants to go a different direction, pick this look Sasha, as the blond highlights and pink color is definitely up her way. 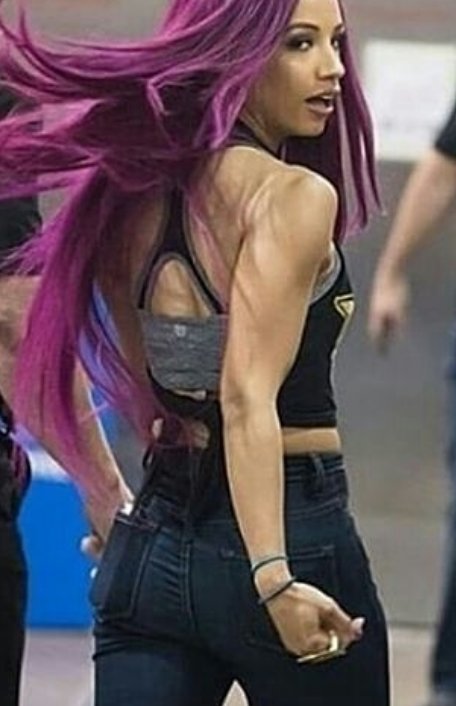 Most women have a little black dress, but for Sasha Banks, who uses color a lot in her look, this little orange dress might be the equivalent of that. Sasha looks amazing in this little dress and it shows of just how small she is. But no one takes her as an easy opponent despite being small in the ring. 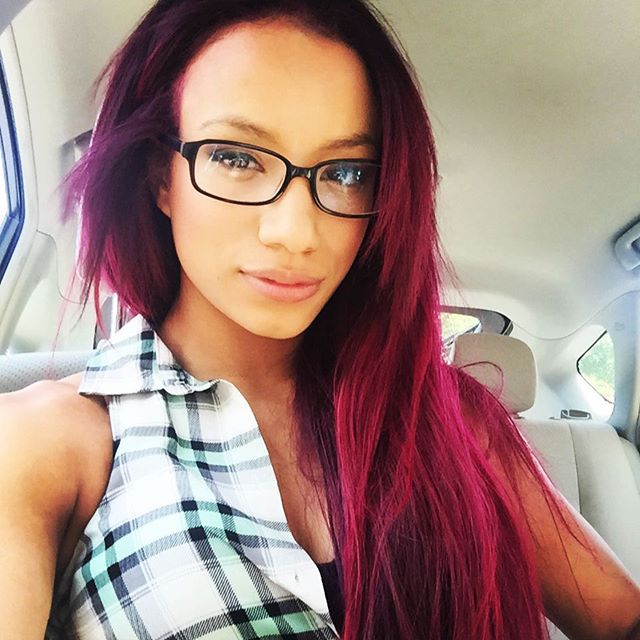 Another photo of Sasha Banks looking stunning in athletic wear and showing off her powerful arms. The leopard print look is great and again, we see how tiny Sasha is. Except we also see how much power she has in her arm so even the smallest can be the most powerful.

6The Goddess Of WWE 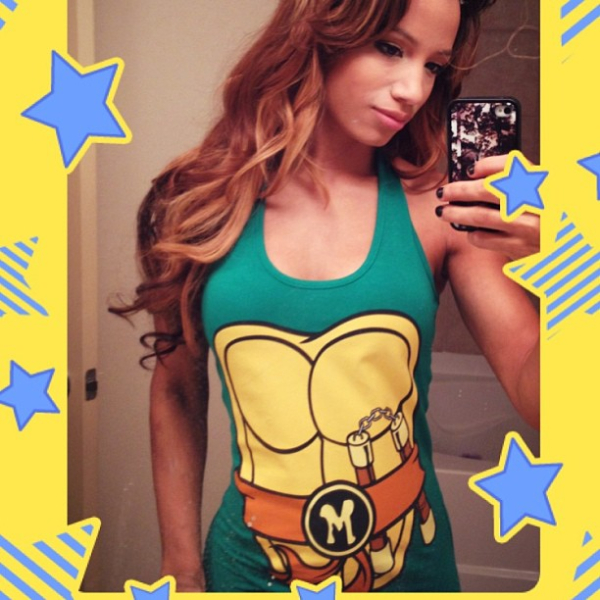 This is another look that Sasha Banks got from another wrestler, only this time it’s an active one in Mandy Rose. Plenty of glitter and gold to represent Mandy, and it looks stunning. Do we see a future faction or tag team with the two in the future? If this is the look, then 100%. 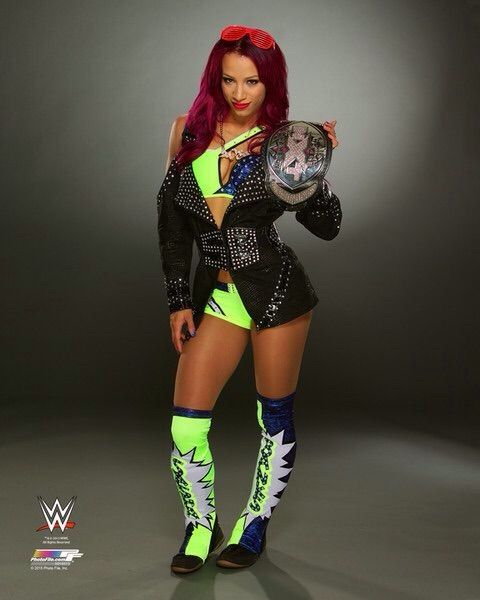 WWE did a series of photoshoots with WWE divas and no makeup on and Sasha Banks took part. The natural look is stunning for her and the blue hair really pops in this photo, drawing the attention to her face. You don’t need to cake on the makeup all the time to look stunning.

This look by Sasha Banks is amazing, as she went with some dark outline colors on her eyes and lips that really bring the attention to her face and tones down the blue hair. It’s a simple look for Sasha who doesn’t need a lot of makeup, to begin with.

3Get Paid To Be Pretty

It’s definitely a perk of being Sasha Banks that she gets paid to look pretty, and she definitely looks stunning and pretty in this photo. It’s a pretty classic look for Sasha and a great photo that shows off her features. Definitely see why they call her the legit boss. 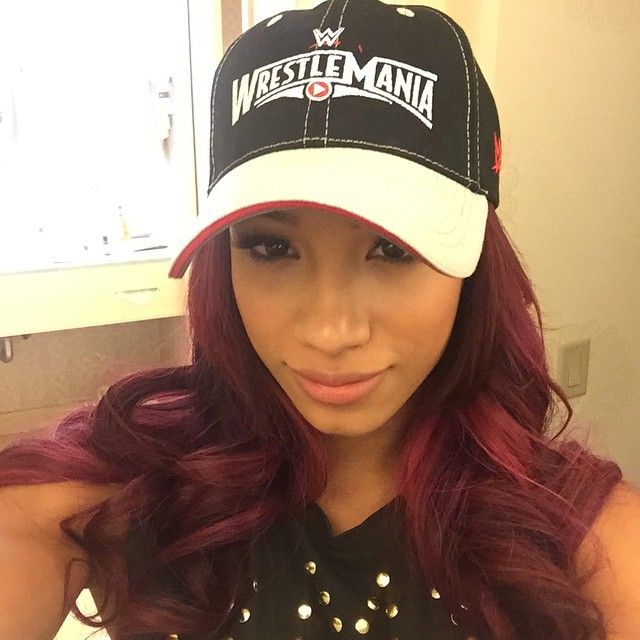 Sasha Banks captioned this with She was beautiful, but let’s take a moment to realize that Sasha Banks is absolutely beautiful in this picture. It’s not a temporary thing when it comes to Sasha as some WWE Divas are just naturally stunning all the time and she is definitely one of them.

Sasha Banks has been trying out the blue hair and blue outfits lately to go with her blueprint gimmick and this look is simply stunning. It definitely is where she needs to go with her character and we hope to see Sasha using this as ring gear in the future.