The Huggable One speaks candidly about the injury that will keep her from competing at SummerSlam.

Former WWE Raw Women’s Champion Bayley defeated Nia Jax via countout on this Monday night, surviving an interference from Alexa Bliss in the process. Having overcome Sasha Banks to claim number one contendership last week, Bayley is currently slated to face Bliss for the gold at SummerSlam, but is now reporting that this may now be in jeopardy as she hurt her shoulder while wrestling Jax. 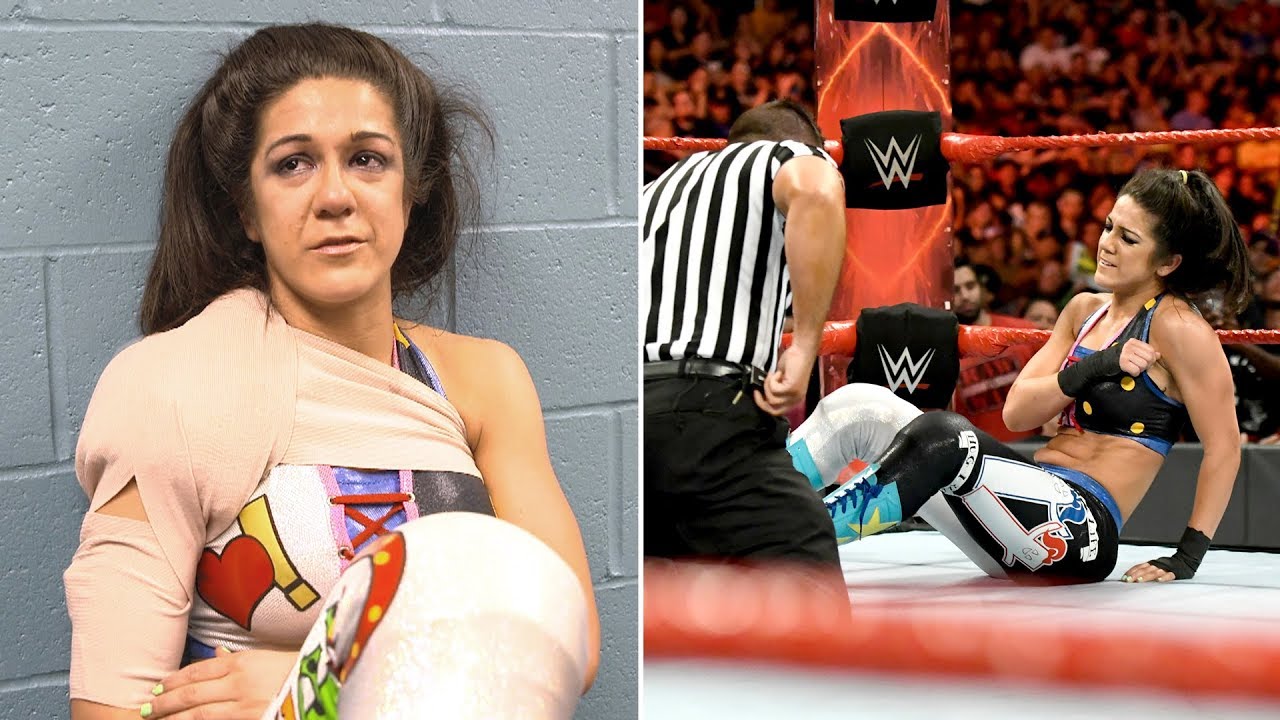 The injury seemingly happened when Jax threw Bayley out of the ring towards the middle of the match. As per WWE’s Dr. Chris Amann, she’ll undergo further testing to determine the injury’s extent later in the week.

It’s unclear if the shoulder issue is real or not. WWE mentions that initial tests were “inconclusive due to the amount of swelling,” but it may just be a work to increase the stakes ahead of the August 20th pay-per-view.

A legitimate injury would leave Bliss without an opponent. Banks could feasibly be slotted into the match, but she did lose her recent contendership opportunity. Jax herself is another option: WWE have been teasing a potential rivalry between her and Bliss for several weeks, and she could feasibly use injuring Bayley as leverage for a title shot.