For those of you who are not aware, perhaps one of the best current storylines in WWE right now is the SmackDown love triangle featuring Otis, Mandy Rose and Dolph Ziggler. There are many reasons as to why this feud has been excellent, but I will get to that in a moment. First, I’d like to recap how exactly we got to this point.

Around the holiday season, Mandy was chosen as Otis’ secret Santa. Rose gave Otis much more than he was expecting. Not only did he hand Otis a holiday ham, but he was given a kiss on the cheek. 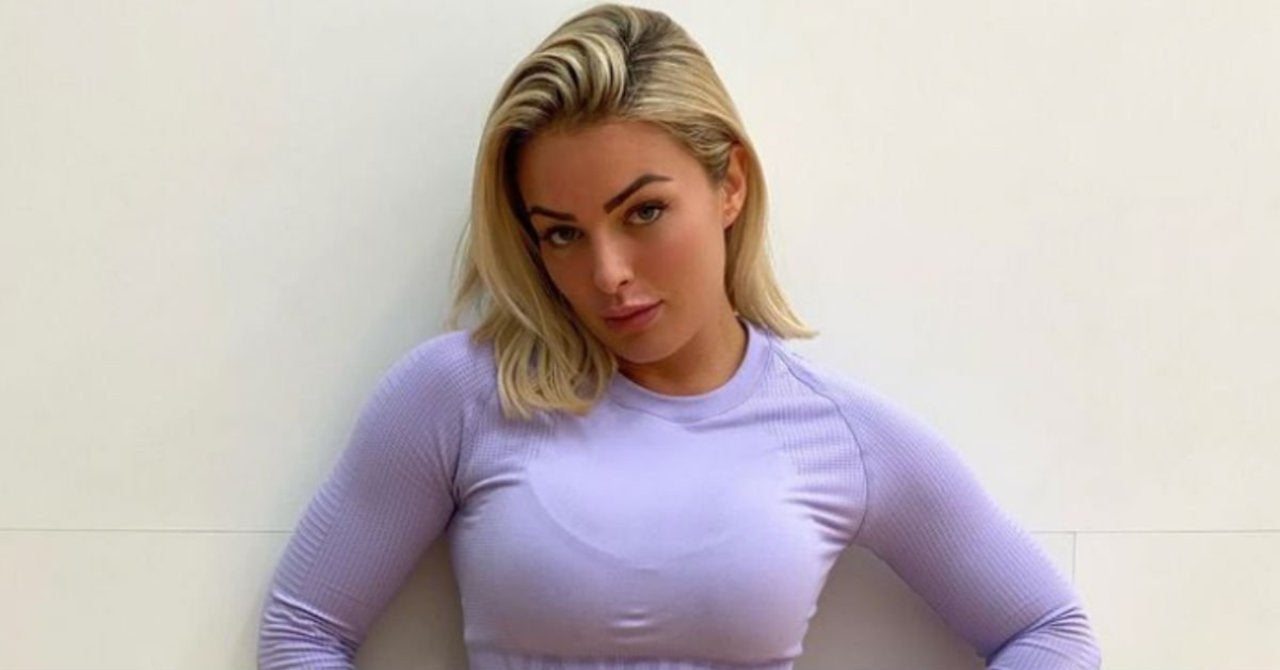 As you can see, this probably made Otis’ entire year, and the look of joy that he had on his face looked genuine. What’s interesting here is that Mandy, at the very least, was still a semi-heel. Rose hasn’t really been acting evil, but by proxy of being in a tag team with Sonya Deville, who’s been a heel since being on the main roster, Rose is a heel. However, Rose gave a gift to Otis unprompted, and made intimate physical contact with him after.

It was so unusual, because you’d think someone who looks like Mandy would be hesitant at the very least to engage in a manner like that with Otis. Yet she did anyway.

Slowly over time, however, we’d get cracks as to what Mandy’s true intentions may have been. While Mandy did get intimate with Otis, it appears that proved to be an indirect quid quo pro. In exchange for Mandy’s romance, Otis will now feel prompted to act as Mandy’s muscle when it’s needed.

We see here that through Otis’ distraction, Rose was able to get a singles victory over Alexa Bliss. Considering that Mandy hadn’t been getting a lot of those, this was monumental. We would later see this again at this year’s Royal Rumble, when Otis saved Mandy from certain elimination.

To me, it was clear what the underlying intentions may be, especially for Mandy. Rose knows that while Otis is a free spirit, he can also be easily manipulated if she put the charm on him. By doing so, Otis is bent to her every command unconsciously.

In incredible fashion, all of this leads to Otis scoring a date on Valentine’s Day with Mandy Rose for a romantic night together.

Look at the trepidation at Otis nervously asking her and trying to get the words out. This mirrors basically every high school drama. Someone low on the social hierarchy is bold enough to ask the good looking popular woman out on a date. The thing is, Otis and Mandy are two superstars that fills these roles perfectly.

However, as how most of these high school tropes play out, there’s always the pretty boy jock that has to come and rain on the parade. You know who I’m talking about. The guy with clear skin on the football team that has females lining up for their autograph by his locker. In this case, it’s Dolph Ziggler.

In this case, Dolph Ziggler fills his role perfectly. Otis reciprocates Mandy’s act of kindness with a cake. Yet what does Ziggler do? He comes in, takes his cake and throws it to the ground. Mandy isn’t a clear face or a clear heel, so her reaction is interesting. She isn’t passionate about stopping Ziggler, but it’s clear she’s also slightly uncomfortable. It’s almost as if there’s an internal conflict tugging away at her, deciding what she should do.

Otis saw that incident with the cake unfurl, but Rose insists that she wasn’t cool with it. So fast forward to the date that she promised Otis. Otis is happy, training with Tucker for his big night. Mandy Rose shows up, but once again, Ziggler shows up to ruin everything. Otis walks in at the wrong moment, seeing Rose (who looked slightly disturbed), talking with an eager Ziggler trying to make his move.

I’d just like to say that Otis’ acting here was spot on. Why? I actually felt bad for him here. My heart ached. Otis feels not only heartbroken, but betrayed. He sells it very well, too.

Here’s the end point that I’m trying to get at here. This feud has the capacity to help each character immensely, and it was all because of simple storytelling. By proxy of his innocent, child-like nature, unorthodox physique, and admirable attempts at romance, Otis already becomes a more popular face. The crowd clearly has his back. Before, we knew him as one half of a blue-collar tag team that was known for literally throwing his weight around. Now, he gets to show his personality, and it is glorious.

Ziggler, the foil to Otis’ efforts, is now a bigger heel. While Ziggler’s probably past his prime, he can still serve in an effective role. The cocky heel who feels himself too much is one of the easier characters to gain heat, and Dolph’s done a great job here.

However, the biggest factor here is Mandy, because there are numerous paths that can be taken. The first option is that Mandy can become indifferent to Dolph Ziggler’s behavior and become a massive face by accepting Otis’ romantic advances. On the other hand, she can become an even bigger heel, and pair up with Dolph Ziggler. She can then go the “why would I be with a big, fat, sweaty slob when I look like this?” route and gain massive heat.

I’ve dreamed up the endgame of this little feud. In my mind, I’d want Otis to face Ziggler at WrestleMania and have it end with Rose kissing Otis on the lips. The superstar who doesn’t always look attractive could get the girl sometimes. I’d think it would be the perfect end to this story. However, either scenario works for me.

If you ask me, greatness isn’t a big home work. Greatness is a lot of little things done right. There are many superstars who get over simply by the quality of their matches. However, when someone can get over because they are allowed to show real human emotions, it can create even better characters in the long-term.

I’m not campaigning for a main-event run for Otis, and who knows if he’ll get to that point. But if you want to build characters that the crowd can get behind or against, storylines such as these is the route to go. This triangle between Otis, Mandy and Dolph is basically what Rusev, Lashley and Lana wishes it was.